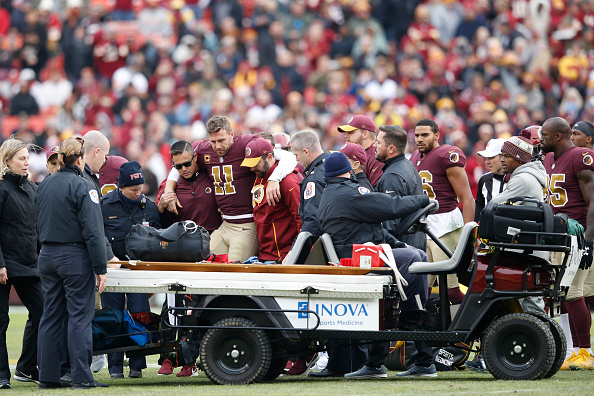 What do Paul George, Kevin Ware, Joe Theismann, and Alex Smith have in common?  If you were watching football on Sunday, then you know that they all suffered a gruesome sports injury – a lower leg fracture involving both bones in the lower leg.  In medical terms, this is a Tib-Fib fracture.  In sports terms, these injuries dominate more than one list of gruesome sports injuries.

Tib- Fib fractures are difficult injuries to recover from because until the bones heal, which can take 3-6 months, the athlete is unable to put any stress on the affected lower leg.  Once the injury heals, the athlete must undergo extensive physical therapy to regain muscle tone and range of motion in the entire lower extremity.  Despite the long recovery time, 91% of athletes injured in this manner returned to sports but only 75% returned to play at the same level they did prior to the injury.

Despite rapid treatment and stabilization of the fracture, one of the most common complications that occur is a loss of length in the affected leg.  In Joe Theismann’s case, he lost almost 3/4″ in length in the affected leg.  Another complication is the inability to regain conditioning and muscle strength and mass post-injury.  Several athletes who suffered similar injuries also suffer from a fear of reinjury.  This is an actual phobia called kinesiophobia and can result in the athlete being unable to return to the playing field because of this fear.

What we know today is that Alex Smith QB for the Washington Redskins suffered a season-ending injury exactly 33 years to the day Joe Theismann a former Redskins QB suffered a similar injury.  He will undergo surgery immediately to stabilize the fracture, have hardware placed to help the fracture heal and he faces a long, long, long road to recovery.  Given Smith’s age and the nature of the rehab he is facing, he may decide not to return or the team doctors may not clear him to return to playing.  The outcome of his recovery remains to be seen.  All we can do at this point is say a word to your chosen higher power for his speedy and full recovery.