The 2018 MVP Race is More Competitive Than Many Expect 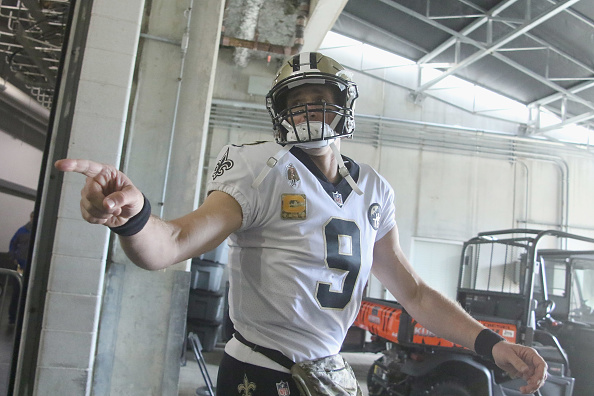 The NFL is a crazy and wild place. A team could win the super bowl one year then be sub .500 the next year. While football may be a team sport certain individuals help their teams way more than any other player. That one player is usually referred to as the most valuable player or MVP. But some players impact the game so greatly that it goes beyond just their teams MVP but instead the leagues most valuable player.

The obvious choice for MVP at the moment is Chiefs quarterback Patrick Mahomes. After sitting all last year behind Alex Smith, Mahomes has been lights out since he stepped onto the football field this year. I mean he currently leads the NFL in both passing yards (3,150) and passing touchdowns (31). You can tell the difference Mahomes has made for the team, elevating the offense to levels other quarterbacks couldn’t for the team.

What has been seemingly overlooked so far this year is the excellent play of Drew Brees this season. The 39-year-old quarterback is having one of his best seasons yet. The crazy thing is not that he’s been playing great this year but that he has always played great but he’s taken it up a notch this year.

Through his career, Brees has a record in the top 15 of completion percentage in a given year four times. This year, however, he broke all those records, including the previous number one completion percentage record of 72%, set by him only a year ago. This year Brees is completing a whopping 77.3% of his passes. Ya, you read that right, I’ll pause while you process that information.

Okay now that you have processed that ridiculous completion percentage, it’s time to look at his other stats. Brees has already thrown 21 touchdown passes this year, he threw 23 touchdowns last season. He has also only thrown one interception so far. So while Mahomes is putting up great numbers and seems to be the favorite, don’t count Drew Brees out of the race just yet.

Who Says You Have to Be A Quarterback to Win?

Typically the NFL MVP goes to a quarterback. In fact, it hasn’t been won by a non-quarterback since 2012 when Adrian Peterson won it. Peterson finished that season with over 2,000 rushing yards and 12 touchdowns.

Even though it hasn’t been done in six years, Todd Gurley is making himself a nice case to be the next non-quarterback MVP. It should be noted that his quarterback Jared Goff could also make the list for MVP, which is rare for two players on the same team having the potential to win the award but they are that good.

Gurley has become a model of what you want in a running back. He can destroy you on the ground but then become a legit receiving threat for his team as well. The running back is leading all backs in rushing yards (988), rushing touchdowns (13), and scrimmage yards (1,390). With the pace that Gurley is currently on it will be hard to leave him off the MVP ballot by the end of the year.