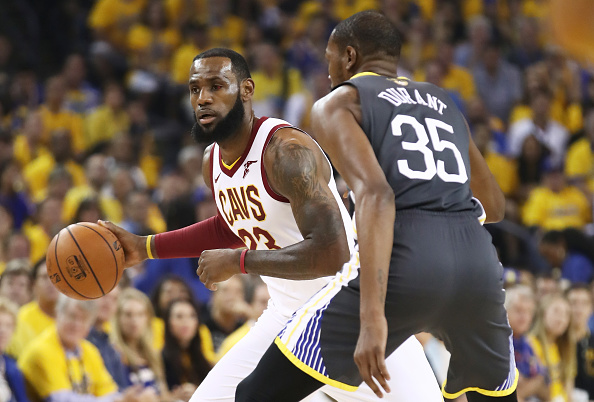 ESPN’s Stephen A Smith says the Los Angeles Lakers are the front-runners to sign Warriors superstar forward Kevin Durant in free agency next summer. The two-time finals MVP is eligible to become an unrestricted free agent after the season, once he declines his player option, as many expect him to do.

“I’m hearing the Knicks and the Lakers, with the Lakers having the edge,” Smith said on “The Stephen A. Smith Show.” “That’s what I’m hearing. Two weeks ago, I heard the Knicks had the edge. Now, I hear the Lakers have the edge. Let me tell you something, it appears to be one of those two teams which is Kevin Durant’s next destination. But Golden State is telling me: ‘There’s no way in hell we believe he’s leaving. We believe Kevin Durant’s gonna stay.’”

Because of the Durant-Green feud, there are some — including an anonymous Warriors player — who believe Durant’s exit from Golden State is inevitable.

“With what was said, there is already no way Durant is coming back,” the anonymous Warriors player told the Athletic’s Marcus Thompson II. “The only hope is that they can say this summer, ‘See, KD. We’ve got your back. We protected you from Draymond.'”

The Los Angeles Lakers will have roughly $38 million of cap room to play with next summer, good enough for max-tier players such as Kevin Durant, Kawhi Leonard, and Klay Thompson. And it’s no secret that Lakers president Magic Johnson has Kevin Durant at the top of his list. Pairing Durant alongside Lebron James would instantly put the Lakers into title contention.

This past offseason, the Lakers were able to land the best player in the game in LeBron James. Could the Lakers get lucky and add the second-best player in Kevin Durant? Too early to tell. It’s a long season ahead and lots of things could happen between now and then. But with Magic Johnson running the show, anything’s possible.