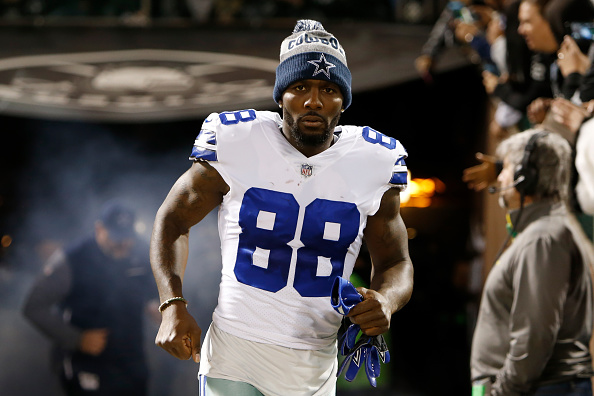 Week 10 of the 2018 NFL campaign is already here, and like most others, you’re probably shocked at how quickly the football season has gone by this year. However, if you think that’s quick, here’s a reminder that the fantasy football season is nearing an end.

Yup, it’s crunch time for all fantasy leagues and it’s time to look to the playoffs. So whether you’re a shoo-in or still fighting for a postseason spot, odds are that some waiver wire luck (or in this case, due diligence) can give you the advantage you need.

Don’t let his absence all season fool you, Dez Bryant is still a talented wide receiver and his pursuit for work, via free-agency, might just be the fuel he needs to shock fans.

Coming off last year’s fairly productive stat line of 69 receptions for 838 yards and 6 touchdowns, Dez has proven that he can be a reliable WR1 for his team; but why should you trust a player that’s been displaced for so long? Well, for starters, he’s now on one of the most explosive offenses in the league, a.k.a. the New Orleans Saints, and he now has future Hall of Fame quarterback Drew Brees throwing to him. Dez’s biggest challenge will be to earn Brees’ trust over his other receivers, but the ceiling is high enough to warrant a depth spot on your fantasy team.

The New York Jets’ run game is still a mystery, but running back Elijah McGuire may be the answer to it all.

After breaking his foot in July and recovering from surgery on the IR ever since. The coaching staff showed their trust in this second-year back by getting him plenty of snaps; McGuire would go on to put up 67 scrimmage yards on 10 total touches. It’s not bad for someone who’s been away from the game that long, however, his usage should only increase considering fellow running back Bilal Powell was recently sent to the IR. It’s very feasible that McGuire’s versatility can be enough to snatch the lead role away from Isaiah Crowell, therefore, he’s worth a bench stash in fantasy.

With former WR1 Demaryius Thomas out of the picture, Case Keenum is going to have to throw to someone else…tight end Jeff Heuerman is that someone else.

Following Thomas’ departure on the NFL’s trade deadline day, the next up on the Broncos’ receiving corps would subsequently get a boost in targets; this was especially true in Heuerman’s case, who caught 10 of 11 targets for 83 yards and a touchdown. The third-year tight end has been reliable all year whenever a football is thrown his way. Keenum clearly likes throwing his way, so from a fantasy perspective, this rapport cannot go unnoticed and Heuerman must be added considering this year’s fantasy volatility at the tight end position.

John Ross has blinding speed and the ability to make a defender miss, but his goose-egg potential heavily outweighs his ability to hit fantasy pay dirt.

Ross has all the tools necessary to make it big in the NFL, but it’s more than likely that this is just a growing year for him. Averaging under 4 fantasy points a game, most of what Ross has accomplished has been through a small target share. This is due in part because of his frequent deep threat status, however, being this one-dimensional limits him as well as fantasy owners. A stream this week may not be totally out of the question, but his future matchups against teams with stout secondaries don’t do him any justice.

Corey Clement is more versatile and Darren Sproles is returning from injury. The thing that made Smallwood different from the rest of the backs was his up-the-gut, almost as a power back, type of run style. Unfortunately for him, rookie Josh Adams runs similarly and the Eagles’ seemingly prefer the latter’s big-play ability. Smallwood is a well-balanced running back, but a running back by committee is never good for fantasy owners.

Injury has kept Colts’ tight end Jack Doyle sidelined for the majority of the season, and you should keep him sidelined too for fantasy purposes.

Although Doyle has one of the most trustworthy pairs of hands in the league, the remainder of Indianapolis’ schedule is nowhere near TE-friendly. The volume might still be there considering his connection with quarterback Andrew Luck, but Eric Ebron isn’t going anywhere and Ebron’s threat as a primary red-zone target is enough to quell any fantasy hype behind Doyle’s return.