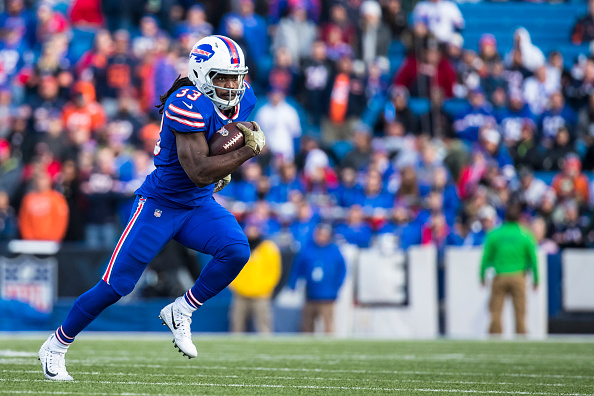 Throughout the NFL season, fans hear about an endless string of sprains and strains.  The latest in this cycle is the shoulder sprain sustained by Chris Ivory – RB for Buffalo Bills late in the Week 9 Bills-Bears game. Often these terms are used interchangeably by sports writers and fans, but they are actually 2 totally different yet similar injuries.

A sprain is an injury to a ligament, the tough, fibrous tissue that connects bones to other bone. Ligament injuries involve a stretching or a tearing of this fibrous tissue. It is assumed based on the mechanism of Ivory’s injury that he sustained an AC joint sprain, which commonly occurs when an athlete is hit from the side or lands on their side during a strong hit. Sprains occur in joints because most joints are held together by ligaments.

A strain, on the other hand, is an injury to either a muscle or a tendon, the tissue that connects muscles to bones. Depending on the severity of the injury, a strain may be a simple overstretch of the muscle or tendon, or it can result in a partial or complete tear.

Therefore the only difference between a sprain and a strain is whether it involved ligament, tendon or muscles. The grading and recovery are similar.

Grade 1 is an overstretching of the involved muscle, tendon or ligament and usually requires 1-3 weeks to heal and return to the playing field

Grade 2 is a partial tear in the involved muscle, tendon or ligament and on average takes 4-6 weeks to heal.

Grade 3 is a complete tear of the involved muscle, tendon or ligament.  This grade generally requires surgical intervention to reattach the torn structures and generally has the longest recovery time.

Hopefully, this helps to clarify the difference between sprains and strains.