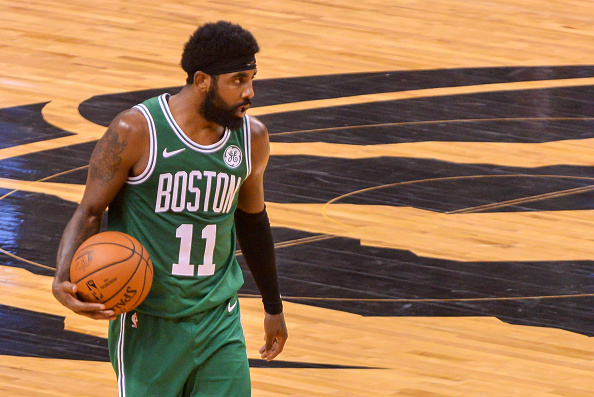 Basketball fans: can you believe we are already into November? Worry not, the NBA season is only going to get better from here. Here is a list of some of the must-see games of this week and as always, enjoy the action.

We tip off the week with a nine-game slate on Monday night and the action continues over the following six days. Here are a few that you should keep your TV locked in on.

Houston is playing their third game in four nights on a road trip out east, which has seen them win both games so far against the Brooklyn Nets and Chicago Bulls. The Pacers are coming off a huge, last-second win over the Boston Celtics on Saturday and are currently on a three-game win streak. The Rockets will get a boost as reports are starting to surface that defensive coach Jeff Bzdelik will be returning to the team later this month for the remainder of the season. After announcing his retirement in September, the return of the defense coach will aid a Houston team struggling to adapt to life without two of their top defenders from last season; Trevor Ariza and Luc Mbah a Moute.

This will be a great early season contest, since the Celtics are still trying to figure out what rotations they will utilize for the remainder of the season. Denver boasts the second-best record in the league and have a lot of people thinking that can realistically make it to the Western Conference finals. Do-it-all big Nikola Jokic looks set to make his first of what should be multiple All-Star games this season, averaging 18 points, 10 rebounds and 7 points a game.

A game to keep a close eye on is the contest between these 2-7 teams as the Wizards are still searching for some type of effort on defense and a cohesive offense. With the return of Dwight Howard, they hope to be able to build some long-awaited chemistry and see if they can turn around their early season struggles. I for one can not see them improving enough to have any legitimate chance of making the playoffs.

The Trail Blazers are going into the fourth game of a six straight at home at 2-1 with a red-hot Bucks team, led by league MVP candidate Giannis Antetokounmpo who is averaging 26 points and 14 rebounds a night, along with 6 assists. This is a very tall task for the Portland wings and frontcourt players to try and contain the Greek Freak, as the Bucks look to continue riding high as one of the best teams not just in the Eastern Conference, but the entire league.

The second game of the TNT Thursday night doubleheader will bring the Bucks to the Bay Area to do battle with the defending champs. You have to get excited when great players square off, especially two competitors like Giannis and Kevin Durant, who bring so much skill and length to the court. With the play of Stephen Curry and Golden State as it is at the moment, they are must-see TV every time they suit up as they attempt to continue their hot streak.

Tune in Friday night on ESPN as Kyrie Irving does battle with Donovan Mitchell, who is dealing with a lower leg injury. This will be something to monitor, as the number of games he will miss dealing with that injury is uncertain. As I documented here the Celtics are on a west coast road trip very early in the season that could come back to pay huge dividends later on down the road. The Jazz will need production from someone other than Mitchell to make up for his potential absence, and so they could give extended playing time to Dante Exum and perhaps rookie Grayson Allen.

On Saturday night the NBA TV game is a good one between two familiar foes as Houston pays a visit to San Antonio. DeMar DeRozan has made a seamless transition this season and is having a career year across the board, not just scoring the ball but helping with rebounds (5.6 per game) and ball-handling duties (6.7assists per game). Chris Paul and the Rockets backcourt will have their hands full trying to contain Double D and the rest of the Spurs.