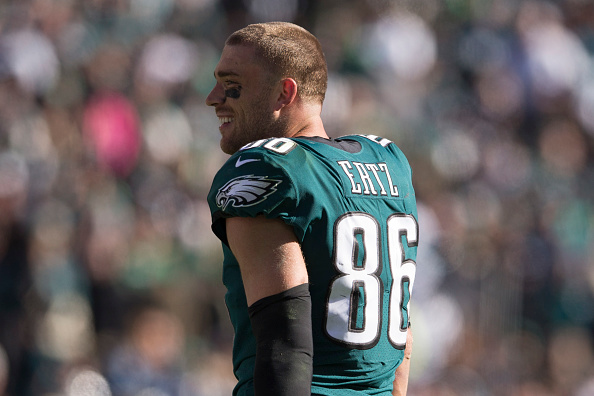 It’s the middle of the NFL season, but you are coming down to the final five or six weeks of your fantasy season before the playoffs. The trade deadline is approaching and you are trying to give your team a boost for the stretch run. Four of our Fantasy Football Experts got together and made lists of their top players for the Rest of the Season and here it is.

The average of all four of our rankings was taken into consideration. Other things that were considered were if the player had his bye week already, Strength of Schedule, and playing opportunity. Todd Gurley and Zach Ertz were number one in all of the rankings. Meanwhile, Thielen was number one on three of them and number two on the other. Quarterback phenom Pat Mahomes was first on two lists while Aaron Rodgers and Matt Ryan garnered the other two first-place votes.

Be sure to hit us up on Twitter every Sunday morning at 11 am ET to answer all your last minute Fantasy Football questions.