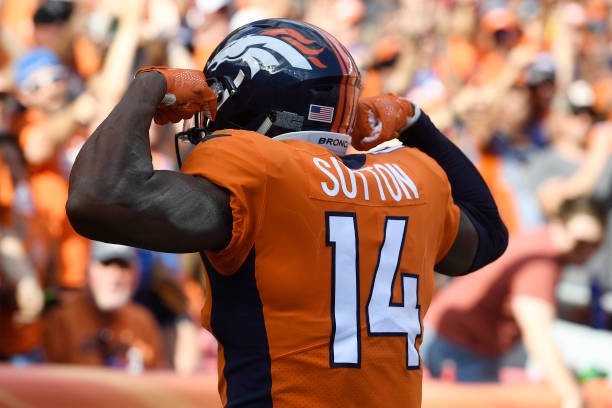 The trade deadline has come and gone. There are some new players on new teams and that means that guys are going to be stepping up into larger roles. There are also a few guys that will be fantasy relevant in a week or two, so it is best to jump on them a week early and stay ahead of the curve. In addition, the most important thing that you can do to make sure your team is in contention is to make sure there are no stars that were dropped due to recent struggles. For example, Larry Fitzgerald and Kenyan Drake were dropped all across fantasy football at some point this season, so make sure there are no studs lingering on your wire.  The following waiver wire adds reflect a $100 Free Agent Acquisition Budget (FAAB).

Ryan Fitzpatrick (TB) – The magic is back in Tampa and the wide receivers on the team could not be more excited. Fitzpatrick has been lighting it up all season except for the one game against the Bears where Jameis Winston replaced him, and now he is back at the helm and ready to lead his troops into battle. Most people are not aware, but Fitzmagic is averaging more fantasy points per game than Patrick Mahomes this season. Pick him up and ride his gunslinger mentality to a couple of wins until he runs into a tough defense. He is worth $5-7 FAAB.

Dak Prescott (DAL) – Prescott is not exactly an efficient QB, but his running capabilities give him a high floor in fantasy football. Prescott is an excellent play when he is at home, and now that the Cowboys added Amari Cooper, he certainly gets s bump in his passing numbers as well. Dak is not an every-week QB1, but there are many worse options to lead your team during your QB’s bye week. He is not worth any FAAB.

Derek Carr (OAK) – Carr is an interesting add due to the high volume he is expected to have. The Raiders will be trailing quite often for the rest of the season which means Carr will have to air it out until his arm falls off. He also does not have a great running game so the Raiders will have to naturally be more pass-heavy then they have been. It will be most garbage time production, but that still counts in fantasy so add him in preparation of your QB’s upcoming bye. He is worth $3-5 FAAB.

Doug Martin (OAK) – Martin might still be out there in a few leagues so get him if he is. He looked spry and agile in his first start of the season, and he’s clearly the early-downs and goal-line back for the Raiders. After rushing for 72 yards on 13 carries, he is certainly in line for more work. Pick him up and start him this week against the 49ers. He is worth $11-15 FAAB.

Jalen Richard (OAK) – Richard will be a PPR monster in games that the Raiders are trailing. He does not possess much value in standard leagues, but he is a must-add in all PPR leagues if he is still available. Also, Doug Martin has a vast injury history, so if he is unable to stay healthy, Richard could have a major role heading into the fantasy playoffs. He is worth $11-15 FAAB in PPR leagues.

Josh Adams (PHI) – Adams is clearly the best RB on the Eagles. He was extremely efficient with his touches this past week in London, and he is the best candidate for the earl-downs and goal-line role on this team. However, you must temper your expectations because Doug Peterson loves to use a committee approach so Wendell Smallwood and Corey Clement should still be involved. This is what I like to call your home-run add; he could be absolutely worthless or he could help win you a title, and I’d say that is worth a few FAAB bucks. Worth noting, Adams is on a bye this week so you can probably add him for little if any FAAB. He is worth $5-9 FAAB.

Ito Smith – Check your waiver wire and make sure Ito Smith is not still out there. He had a miserable performance in Week 7 so he may have even been dropped since he was on a bye last week. Smith will be splitting the workload with Tevin Coleman in Atlanta, and so far Smith has been the preferred goal-line back. He possesses weekly FLEX appeal, and he is a must-have handcuff for Coleman owners. He is worth $11-15 FAAB.

Nyheim Hines (IND) – Hines was dropped in a ton of leagues, but he should be added if you need depth at RB because he is clearly the RB2 for the Colts. Marlon Mack has commanded the RB1 role, but he is very injury prone which means Hines has value. Further, the Colts’ offense is firing on all cylinders right now, and if they ever take a commanding lead, I expect Mack to get rest and Hines to handle the bulk of the RB work to close out the games. He has more appeal in PPR leagues, but he is a must-add for Mack owners in all formats. He is worth $3-5 FAAB.

Elijah McGuire (NYJ) – This is another addition that we are making ahead of time. McGuire has two weeks to be activated from IR and when he is, he should step right into a major role in the Jets’ backfield. Isaiah Crowell has been dealing with a lingering foot injury, and he is an average RB at best so McGuire could give the Jets backfield a much-needed surge. Add him now before he becomes the popular add in week 10. He is worth $3-7 FAAB.

Courtland Sutton (DEN) – Sutton is this week’s must-add player in every league. Demaryius Thomas was traded to the Houston Texans which means Sutton now steps into the WR2 role on the Broncos. Sutton is a prototypical X receiver, and we have already seen glimpses of the spectacular catches he is able to make in tight coverage. He has the talent, and now the opportunity to be an every-week WR3 with upside. He is worth $23-31 FAAB.

D.J. Moore (CAR) – Moore was my favorite rookie WR coming into this year, and the Panthers finally gave him an opportunity and he cashed in with 120 all-purpose yards. He is certainly deserving of more snaps and if he gets them he will be an every-week FLEX with WR3 upside. He is worth $11-17 FAAB.

Josh Doctson (WAS) – Doctson was the only bright spot for the Redskins receiving corp on Sunday, catching all five of his targets and looking physical while doing it. If he becomes Alex Smith’s go-to receiving option, then he will be a weekly FLEX play with upside. However, temper expectations because Alex Smith is still his QB. He is worth $3-7 FAAB.

David Moore (SEA) – Moore has scored a TD in three straight weeks and he appears to be Russell Wilson’s favorite target in the red zone. He is still clearly third in the pecking order, but if he keeps getting the red zone looks he could be the difference between a win or a loss for your squad during the upcoming bye weeks. He is worth $5-8 FAAB.

Keke Coutee (HOU) – After thinking that Coutee was going to be the WR2 for the Texans, they went out and traded for Demaryius Thomas and essentially destroyed any hopes of Coutee being an every-week play. However, Coutee will still man the slot on a high octane offense led by Deshaun Watson, so he still has fantasy value, especially in PPR leagues. He is worth $2-5 FAAB.

Christian Kirk (AZ) – Kirk needs to be added in most formats because he has a special chemistry with Josh Rosen. Larry Fitzgerald is healthy again, but that just means that he will be the main focus of opposing defenses, allowing Kirk to operate mostly in 1-on-1 coverage on the outside. He will be a shaky play from week to week, but at least you can on the targets. He is worth $7-11 FAAB.

Tre’Quan Smith (NO) – Smith was a popular add last week with the news of Ted Ginn going on Injured Reserve, but if he is still out there in your leagues, he is a must add going forward. He should see roughly 5-7 targets each week in a high powered Saints offense that loves to take shots downfield. Smith will be a shaky start from week to week, but he will certainly go off from time to time and he might just be the reason you win a week or two during the upcoming bye weeks. He is worth $9-14 FAAB.

DeVante Parker (MIA) – Here we go again with DaVante Parker. He has so much talent, but he can’t stay healthy and he is not very motivated. He’s worth a speculative add in case he finally plays up to his potential, but I am not counting on it. He is worth $1-3 FAAB.

Ed Dickson (SEA) – Dickson is a speculative add because he will now be the TE1 for the Seahawks. He only had two receptions, but if Wilson is going to lean on him more as he gets more acclimated with the offense then he could be an excellent bye-week replacement for whichever tight end you happen to be rolling with. He is not worth any FAAB.

Jack Doyle (IND) – Doyle stepped right back into his TE1 role on the Colts. He had more targets and ran more routes than Eric Ebron, though Ebron is still most likely to score a TD from week to week. TE is a disaster and Doyle might be the only reliable one left that is still available. He is an injury risk, but one that is worth taking. He is worth $5-7 FAAB.

Michael Roberts (DET) – Matthew Stafford seems to like Roberts, especially in the red zone, and with the departure of Golden Tate to the Eagles, he is in line to receive more targets. Tate accounted for roughly 25% of the Lions target share and all those targets are not just going to go to Marvin Jones and Kenny Golladay. I like Roberts to be Stafford’s new favorite target in the middle of the field. He is worth $1-4 FAAB.

Oakland Raiders – This week they play the 49ers on Thursday Night Football who might be without C.J. Beathard. The 49ers are giving up the second most fantasy points to opposing defenses so I’d roll the Raiders out with confidence this week. Never spend FAAB on a defense you will not be keeping.

Dallas Cowboys – This week they get the Titans on Monday Night Football. The Titans’ offense has been a disaster this season and the Cowboys secondary has been top-five so this is shaping up to be a low scoring game for the Titans. Never spend FAAB on a defense you will not be keeping.