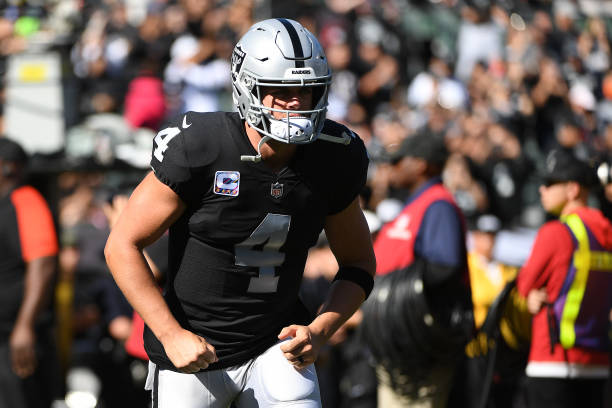 The fantasy playoffs are quickly approaching. This season is really flying by! Week 9 brings more bye weeks and some prominent players and defenses to cover for. Let’s check it out. But first, like always, last week’s recap.

C.J. Uzomah: Zeros across the board. Terrible. Against backup linebackers and safeties.

I’m going to have to keep coming back to Baker, especially this week, even though he and the Browns just haven’t been that good. I am writing this a few hours after Hue Jackson was fired, and minutes after Todd Haley was fired. Based on Cleveland’s offensive struggles, these firings can really only be a good thing for the members of the Cleveland offense. Jarvis Landry may finally get the yardage to match his targets and David Njoku and Duke Johnson will touch the ball much more than they have. If these things happen, Mayfield is sure to become more productive in fantasy. This week the Browns face a Kansas City team that welcomes shootouts. Their offense is the best in the NFL, and their defense just isn’t. Their defense is one of the worst when it comes to stopping the pass, which will hopefully at least allow the Browns offensive stars to have good fantasy days, even if they have no chance of actually winning the game. A new coaching scene and a less-than-intimidating opponent makes Baker Mayfield an upside streaming option with some risk.

Derek Carr just had 27.8 fantasy points after the Raiders lost Marshawn Lynch to the IR and traded away Amari Cooper. This was against the Colts so don’t get too excited, but consider him a streaming option for this week. The Colts defense is soft and Carr was able to throw for three touchdowns and sneak in for a rushing touchdown as well. This week he will face another less-than-intimidating defense in the San Francisco 49ers. The 49ers are T-30th in passing touchdowns allowed (18) falling just short of Tampa Bay who has allowed 20 pass touchdowns. Carr has a plus matchup and is coming off a strong performance. Riding the hot hand could prove rewarding in Week 9.

Joe Flacco had his worst game of the season last week, which makes it tough to trust him this week against the Steelers. Flacco did have one of his best games of the season in the Ravens first matchup with Pittsburgh. The veteran QB had his most fantasy points that game with 22.2 points in Week 4. Throwing for 363 yards and two touchdowns, Flacco had his second-highest yardage total of the season in that contest. This week brings a different matchup than last time. The Steelers are playing better defense and the Ravens are struggling. However, the Ravens will likely need to throw the ball to keep pace, so Flacco offers a good streaming option.

Vance McDonald, coming off a solid streaming week (6.2 FP), is a top streaming option once again this week. The Steelers face the Ravens who just relinquished 13.6 points to Greg Olsen. Olsen had four catches for 56 yards and one touchdown. That stat line is easily attainable for McDonald, it just depends on how much he is used. He likely won’t be as involved as Olsen, but when given the opportunity, McDonald should be able to succeed. If the Ravens focus on the other Steelers weapons, McDonald could find himself open.

Although he was held catch-less last week against Minnesota, Watson is a good bounce-back candidate of the tight ends that may not be owned in your league. The Rams have struggled all year against the tight end position. Watson could find some sneaky targets this week against a strong Rams defense.

The Dolphins will play the Jets this week for the second time this season. In the first meeting, the Dolphins held the Jets to 12 points in Week 2. Sam Darnold has thrown interceptions in 6-of-8 games and is the league-leader in interceptions with 10. Since the Jets rookie did not throw one last week, it is a strong possibility he has at least one this week. The Jets are injury-ridden at the skill position including Quincy Enunwa, Bilal Powell, Robby Anderson, and since-cut Terrelle Pryor. With Xavien Howard likely shutting down one receiver all game, the Jets may find it difficult to move the ball consistently.

The Cowboys host the Titans this week who pose one of the league’s least threatening offenses. The Cowboys have a good run defense allowing the seventh fewest yards on the ground this season. The Cowboys should be able to stop a struggling Titans rushing offense and force the Titans to rely on a weak passing game. This could be one the lower scoring games of the week and playing at home is usually a boost for the defense.

On a roll in the two games since his meltdown, Mason Crosby has 17 and 12 points. This week the Patriots take on the Green Bay Packers in a primetime game bound for a shootout.

Coming off his best week, D.J. Moore is poised for another big week against the Tampa Bay Buccaneers. D.J. Moore’s five catches for 90 yards were both season highs for the rookie. This week Moore will be matched up with M.J. Stewart, who offers potentially the best WR matchup in all of football. The rookie corner has been torched all season, most recently by Tyler Boyd, who had nine catches, 138 yards, and a touchdown. Moore is still a deep play because he has not put up big numbers consistently, but in the past four weeks, he has a floor of 4.4 points. Moore seems like a good pick for big points in Week 9.

DeVante Parker also had a good week last week. Six catches for 134 yards was Parker’s best game of the season by far. Parker has another nice matchup with a Jets defense that can be taken advantage of. Parker may be the default number one option now in a depleted Dolphins receiver corps. Parker took advantage of his best chance of the season and I think he might do it again this week.