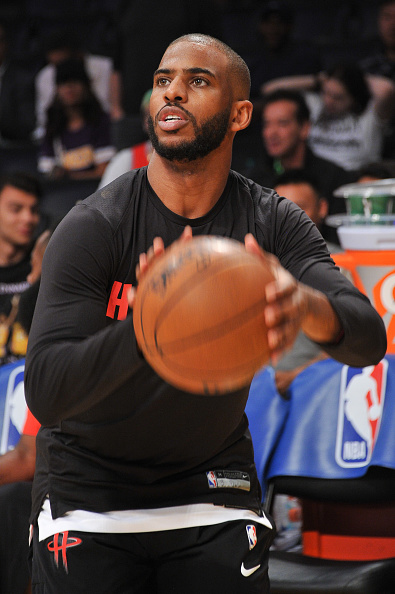 So, with the opening fortnight of the NBA coming to a close, we have already learned a few things for the rest of the upcoming season: the Golden State Warriors are still the dominant team in the league, the Utah Jazz can compete with the big boys in the West, Kawhi Leonard will take control of the East, and the Houston Rockets have started with a little uncertainty.

The first few games have seen Houston start on a slower and more sluggish pace than expected, while not quite being able to find their rhythm. Currently showing signs of post-hype fatigue from last season, the Rockets’ 1-4 start has already caught the glimpse of fans around the world.

To begin the season, Houston currently has a plus/minus in the first five games of minus 8.8, which is ranked in the bottom fifth of the league. They also allow an average of 120 points per game (Yahoo Sports).

Now, can we just write this off as early season rust, or is there something more worrying behind these stats? A lot of uncertainty surrounded the Rockets this offseason with the addition of Carmelo Anthony, as well as the exit of Trevor Ariza and Ryan Anderson.

Ariza was a key factor in Houston’s success on the defensive end last season. He averaged 11.7 points and 4.4 rebounds per game while being able to defend and cover almost any position on the court.

The arrival of Anthony from the Oklahoma City Thunder has left many pundits and sports fans alike questioning what he can bring to Houston’s Offense. Notably, last year saw one of Carmelo’s worst shooting seasons combined with his current lack of effort on defense. This raises the question: are Houston truly better with him playing?

The recent defeats against the Jazz and Los Angeles Clippers can only be likened to watching a semi-professional JBA game (obviously without seeing those ridiculous 300 point score lines). Houston committed 17 turnovers and shot a lackluster average of around 28% from outside the key when matched up against the young Jazz roster.

When at home against the Clippers, with reigning MVP James Harden absent due to a hamstring strain, Chris Paul shot a mere 3-13 from the field, and Eric Gordon looked a shell of his past seasons’ performances which saw him in contention for the NBA Sixth Man of the Year nominations.

This is surprising for a team like the Rockets who, with players like Harden and co, were putting up averages closer towards to 40% for the whole of last season.

Things have simply not gone to plan for the Rockets so far. Paul was sitting out the second match of his two-game ban against the Jazz, following the altercation with Rajon Rondo, while Harden missed the Clippers match-up due to a hamstring strain. These absences were notably missed as the offense limped along with little innovation, as a lack of roster depth was further exposed.

Following the success of the regular season last year, a negative shift was always expected. However, the fragility on both ends of the glass in the first week of the season has highlighted the lack of depth and spacing within the team.

Houston will always be a dominant team in the West, but will they see the same success as they saw last year? One might say no, but with the rumors surrounding Jimmy Butler and a possible mid-season trade, the spark needed to ignite a deep playoff run this year may be just around the corner.