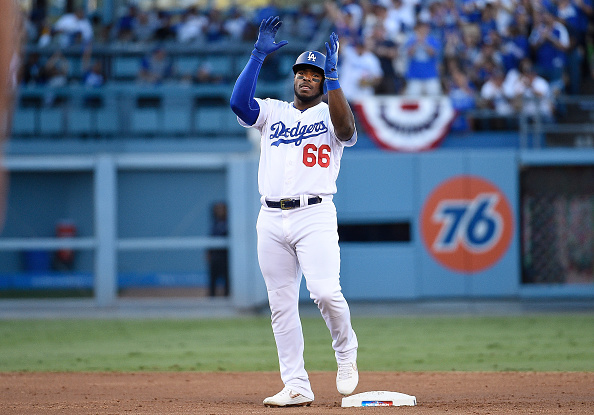 That’s Spanish for a cheater or “cheat.” There’s no real connection between deception in baseball and my use of the Spanish language. I just wanted to grab your attention.

And… here you are.

The Cleveland Indians filed a recent complaint against the Houston Astros for illegal sign stealing during game 3 of the ALDS. It has been reported that a man, not clearly or immediately identified as Astros’ personnel, was seen in the photographer’s pit pointing a cell phone into Cleveland’s dugout.

Just several days later, Houston was again accused of cheating in game 1 against Boston in the ALCS. A report claimed that sources witnessed another man near Boston’s dugout with a camera who was texting often, yet did not possess any type of media clearance.

Since then, the MLB conducted their own investigation and found no fault with the Astros’ Organization. The following partial statement was released from the MLB on October 17th: “A thorough investigation concluded that an Astros employee was monitoring the field to ensure that the opposing teams were not violating any rules…. We consider the matter closed.”

But the story doesn’t stop here. The Milwaukee Brewers have accused the L.A. Dodgers of using video to steal signs during the NLCS. According to Robert Murray of the Atlantic, when a runner reached second base, a coach could be seen running through the Dodgers’ hallway and into their dugout possibly relaying pitches to the baserunner on second. Now, the evidence for these accusations is lacking. All that the Brewers have are their suspicions.

Let’s make one thing clear: every team cheats. Every team points the finger shouting, “well he started it” as they snatch back their play-dough from Jimmy. The question is what cheating is legally permissible and does it even make a difference? (I understand that if cheating is legal, it should no longer be called cheating but that’s not my point.)

There is no rule that prohibits the stealing of signs. If the battery (pitcher and catcher) does a poor job at concealing their non-verbal communication, therefore, allowing their signs to be easily deciphered, that’s not the opposing team’s fault. I can picture it now: Yasiel Puig standing at second base looking toward home plate, one of Boston’s 10 catchers flicks the pitch signal between his legs. Puig picks up the signal and is immediately suffocated with guilt. He shields his eyes and swears to never partake in such horrors again as he presses the button on his Men in Black neuralyzer.

Now, there was a directive given in 2001 that denied the use of electronic devices in the dugout and the use of binoculars in the context of stealing signs. Within the field of play, stealing signs are legal when they are decoded by players and coaches using deduction and the naked eye. But beware. Sign stealing has historically been frowned upon. It is “listed” as an unwritten rule. Many think unwritten rules are ruining the game and the MLB may agree with this sentiment (as evidenced by the latest commercial starring Ken Griffey Jr.) But that’s a topic for another day.

Despite the claims of illegally stealing signs, or the proper execution of legally stealing signs, does it matter? Is the outcome of a game directly influenced by sign stealing? No. I cannot come to that conclusion. According to dodgerblue.com, the Dodgers only had a batting avg. of .220 and an OPS of .599 through the first five games of the NLCS. Yes, this is a small sample, but if L.A. was stealing signs they sure weren’t taking advantage of it. Even if a team decrypts its opponents’ signs, so many other things have to be accomplished in order to reap the benefits. Regardless of sign stealing (legally or illegally) or changing signs, the team that executes better will win. It always comes down to execution.

Stealing signs the right way is fine by me. If a team is caught stealing signs the wrong way, they should be disciplined. And not just a slap on the wrist, go to your room without desert punishment. But if the league doesn’t suspect foul play, let it go, move on, and shut your opponent up on the field. Let your talent do the talking.

Because, you know, “cheaters never win.”