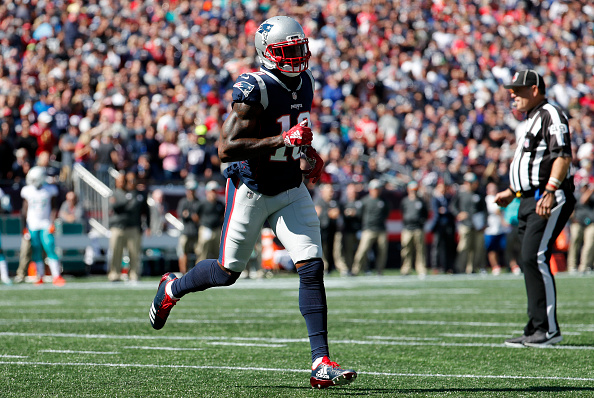 Ever since Josh Gordon was reinstated last season, everyone had been holding onto the 2013 version of himself. Gordon definitely flashed his talent last season, especially in his first game back when he received 11 targets and had 85 yards receiving.

As we fast-forward to 2018, dynasty owners held their breath as Gordon entered the offseason because we have seen this story play out before. Gordon managed to stay clean and the hype was building. Then right before training camp and Hard Knocks was about to start, Gordon tweeted out he would not be attending the beginning of training camp but would be available for the beginning of the season.

Again we held our breaths as it seemed no one had an idea what was going on. Reports came out that he had failed another test, luckily those were reports were proven false. Josh Gordon finally returned to the Browns before the season started and the hype train was back on.

Browns head coach Hue Jackson said Gordon would be on a snap count as he was dealing with a hamstring injury and missed all of training camp. The weekend right before the second game, Gordon entered the Browns facility complaining about his hamstring injury again and appeared to “Not be himself”

At this point, the Browns were done and on Saturday announced they were releasing the troubled wide reciever………on Monday. This was obviously code for “come and get him”, and the team to acquire Josh Gordon was the New England Patriots. If you thought the hype before the season was high, now it was New England’s Randy Moss high.

We are now a few weeks into the Josh Gordon experiment and we have to come to terms that Josh Gordon will not be Randy Moss 2.0, but that doesn’t mean he won’t be fantasy relevant and could be on the verge of a breakout.

Gordon did not play in his first game with the Patriots and only played in 18 offensive snaps the next two games. But even though he played in 18 offensive snaps his third game as a Patriot, Tom Brady showed some belief in Gordon as he threw the ball up to Gordon in double coverage. The athletic receiver came down with the ball for Tom Brady’s 500th touchdown and Gordon’s first touchdown as a Patriot.

This past Sunday, even though the stats may be somewhat misleading from a fantasy perspective, I believe the breakout is coming. Yes, he only had 5 catches for 42 yards but he received nine targets, just missed two touchdowns, and was in 81% of the offensive snaps.

Brady is gaining more and more confidence in Gordon and they will get on the same page. Their lockers are side-by-side and Brady will continue coaching Gordon on how he should run the routes. We have heard the stories on how the Patriots playbook is difficult to learn, but Gordon is picking it up very nicely. Remember Gordon will not be Randy Moss, but he could be on a lot of championship teams for fantasy in December. The breakout is coming.