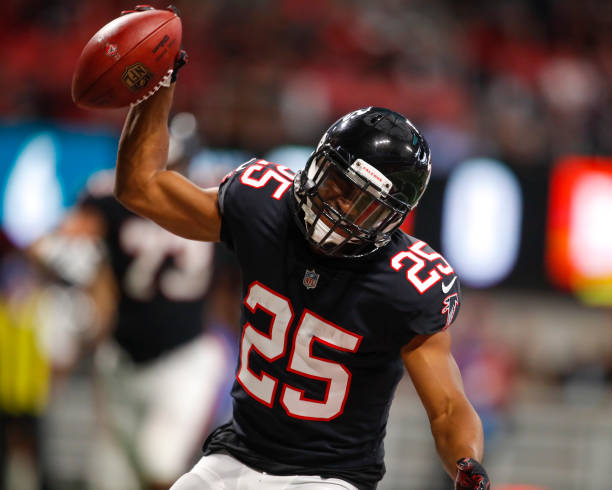 The playoffs are looming and the bye weeks beatdowns are getting more severe. Remember that you can not carry over your Free Agent Aquisition Budget into the following season (unless your specific rules allow you to do so) so don’t be afraid to spend on the guys that are going to help you make it to the playoffs. Likewise, it is important not to overspend on the wrong guy so pay attention to the trends and the upcoming schedules to try and find a diamond in the rough. The following waiver wire adds reflect a budget of $100 FAAB.

Jameis Winston – Last call on Winston, folks. If he is out there and you need a QB, go and get him. He could be top five the rest of the way. For a QB needy team, he is worth $25-35 FAAB.
Baker Mayfield – Mayfield had a horrible game this past week, but he has the juiciest matchups over the next few weeks where he takes on the Buccaneers, Steelers, Chiefs, and Falcons. He should bounce back easily considering his weapons, and he just might help some QB needy teams squeak into the fantasy playoffs. He is worth $7-11 FAAB.
Mitch Trubisky – Trubisky just keeps getting it done. Many analysts thought that he could see a similar breakout this year as Jared Goff did last year, and so far he is on track to do so. He has excellent weapons in the receiving game and an elite backfield behind him. He is an excellent play this week against the Patriots if your QB is on a bye. He is worth $3-7 FAAB.

Ito Smith – Sadly, Devonta Freeman has just been put on Injured Reserve, and RBs are hard to come by at this point in the season. So far he has been mainly TD dependent, but he is likely to be more involved going forward. Further, should Tevin Coleman go down, Smith will be fantasy gold. He is worth $7-12 FAAB.
Marlon Mack – It’s the return of the Mack. He stepped right into the leading role in this backfield and he looked great doing it. He has good vision and excellent hands and could be a candidate for 15+ touches every week. Get him on your team now because starting running backs are hard to come by. He is worth $13-18 FAAB.
Latavius Murray – Murray had yet to get going in the absence of Dalvin Cook, but that ended this weekend when he gashed the Cardinals to the tune of 155 yards and a TD. He looked explosive and he ran with power. All Cook owners should have Murray on their teams, and even if you do not own Cook, Murray will be a viable plug-and-play as long as Cook is out. He is worth $12-15 FAAB for Cook Owners.
Raheem Mostert – Mostert was the guy behind Matt Breida on Monday Night Football, not Alfred Morris, so he is certainly worth a speculative add to see if his role increases. He took advantage of his opportunity and was extremely productive with his touches. Owning a piece of the Kyle Shanahan offense is never a bad thing. He is worth $1-3 FAAB.
Frank Gore – I do not recommend starting Frank Gore every week, but with the bye weeks getting more brutal, he makes for a decent plug-and-play. I would not spend any FAAB.

Jermaine Kearse – Kearse has been injured all season and now he looks healthy. He was a large part of the offense last year, and with the uncertainty of Quincy Enunwa’s health, he could become Sam Darnold’s new favorite target. He is worth $3-5 FAAB.
Taylor Gabriel– The fact that Gabriel is still out there in most leagues is a travesty. He is among the best in the league at gaining separation, and he and Mitch Trubisky are firing on all cylinders right now. He should be 100% owned in all leagues. He is worth $11-15 FAAB.
Chris Godwin – There was concern that Godwin’s role would diminish with Jameis Winston, but that was simply not the case. Winston and Godwin were clicking the whole game, and he even out targeted Mike Evans. Godwin should be owned in all leagues. He is worth $7-11 FAAB.
David Moore – Moore continues to be involved from week to week even though he is firmly behind Tyler Lockett on the depth chart. He is an explosive rookie who had a phenomenal pre-season and he is carrying over his success into the regular season. Russell Wilson has no hesitation looking Moore’s way, and he is a preferred target of Wilson’s in the red zone. He is worth $1-4 FAAB.
Albert Wilson – Believe it or not Wilson is a top 20 WR so far this season, outscoring the likes of Keenan Allen, Brandin Cooks, and Jarvis Landry. He is not a must-start every week because he is extremely boom or bust, but he should certainly be owned in most leagues by now and makes an excellent bye-week replacement. In light of his recent explosion, I expect his ownership to skyrocket. However, you have to be careful after blowup games. Do not overpay for past production. He is worth $5-8 FAAB.
Marquise Goodwin – A bunch of owners dropped Goodwin after Jimmy Garoppolo went down for the season, but he looks fully healthy and just as explosive as we expected. If he and C.J. Beathard maintain the chemistry they showed on Monday Night Football, he will finish the year as WR2. Check your waiver wire to make sure that he is not available in your leagues. He is worth $28-35 FAAB.
Chester Rogers – Though Rogers had a very rough game last week, he still led the team in targets and saved his day with a TD on the last play of the game. As long as T.Y. Hilton is out, Rogers is a weekly WR3 in PPR. He is worth $8-12 FAAB.

Evan Engram – For some reason, Evan Engram is out there in a bunch of leagues. Do your due diligence and make sure he is not available in yours. If he is, pick him up immediately. He is worth $25-31 FAAB.
OJ Howard – See Evan Engram. Howard is emerging and last week was proof as Cameron Brate only had one target. Fortunately for owners, it was a TD, but Howard as taken over the TE1 role on this team. He is worth $17-21 FAAB.
C.J. Uzomah – Fantasy owners are desperate for productive tight ends and Uzomah is the only healthy one they have on the Bengals. He had seven receptions this past week and should get more involved as he and Andy Dalton get themselves on the same page. Pick him up if you need a tight end. He is worth $3-7 FAAB.

Indianapolis Colts – They get to face the Bills this week and if that wasn’t enough, Nate Peterman could get the start. Fire up the Colts’ D/ST in all your leagues.

Los Angeles Chargers – They face the Titans this week and it appears that they have no clue what they are doing on offense. It will likely take more than a week to get things worked out so the Chargers are an excellent play next week.

Atlanta Falcons – The Giants are a disaster and they go on the road to face the Falcons. At this point, it is pretty safe to start the teams playing the Giants, especially when they get them at home.