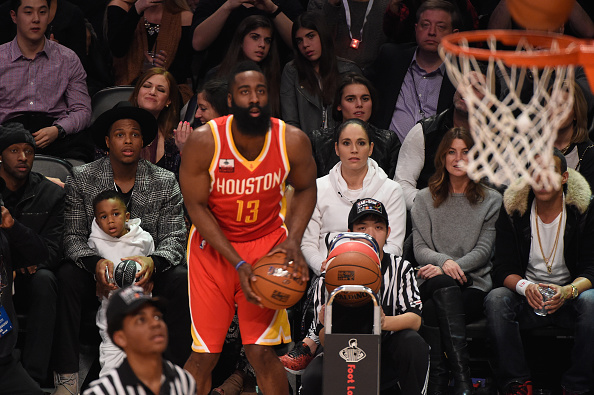 The Houston Rockets have certainly presented themselves as one of the best teams in the NBA. With a heartbreaking defeat in last season’s Western Conference Finals, will the Rockets return to their glory and perhaps make the Finals?

Last season, the Houston Rockets finished with a record of 65-17, the best in the NBA. This gave them the leverage of the first seed in the playoffs where they made it all the way to the Western Conference Finals where they’d inevitably be eliminated by the Warriors in seven games. The Rockets notoriously missed 27 threes in a row that game, and it would go down in the record books as one of the NBA’s biggest disappointments as it set up yet another Cavaliers vs Warriors Finals. The Rockets had the NBA MVP that season in James Harden who led the team in nearly every category, averaging an insane 28 ppg, 6.8 apg, and 2.2 spg. Harden’s sidekick, Clint Capela, led the team in rebounds and blocks, averaging 11.6 rpg and 2.1 bpg. Behind Harden, newly acquired Chris Paul chipped in 21 ppg, 6 rpg, 6apg, and 2 spg as well. The last of the starters that put up good numbers was Eric Gordon who averaged 15 ppg, 3rpg, and 2 apg. The Rockets obviously played through Harden who would run an isolation from the top or a pick and roll with Capela. This often resulted in a defensive switch which would give Harden the lane or the jump shot, or a lob to Capela. The Rockets had the most efficient offense last season as well as the sixth most efficient defense. Just when the Rockets looked impeccable, Carmelo Anthony joined the team, replacing Trevor Ariza.

The Rockets’ offense this year is looking absolutely beautiful. With a starting five consisting of Chris Paul, James Harden, Carmelo Anthony, Marquese Chriss, and Clint Capela, they combined for 87 ppg last season for their respective statistics. Houston is going into the field in the 2018-2019 season with the most efficient offense in the league.

Their offense is situated around pick and rolls and pull up jumpers, but with the addition of Carmelo Anthony, this offense is now questionable. Their starting five has three players who are ball dominant. Chris Paul, Carmelo Anthony, and James Harden have built their careers off of being ball dominant, isolation players. They made it work with Paul and Harden, but Melo will have to assimilate to their play style. By running a five-out offense, the Rockets can run very similar to the way the Warriors play.

Houston is absolutely stacked with ball handlers and shooters and will definitely live up to their preseason NBA predictions. There is no question that the Rockets will be absolutely lethal next season. The Rockets are projected to score in the top 3 in the league this season, and opposing teams will have trouble containing Houston.

As previously mentioned, the Rockets ranked sixth in the league for defensive efficiency. Though James Harden typically carries a reputation of playing no defense, he is coming off a 2.2 spg season. Chris Paul who also averaged 2 spg last season offers a very defensively inclined backcourt when combined with Harden. Together, when combined with PJ Tucker coming off the bench with 2 spg last season as well, the Rockets have a backcourt of pickers and interceptors ready to wreak havoc on opposing team’s offenses. Their newest star, Carmelo Anthony, can also chip in a steal a game.

Down low, Clint Capela has the post on lock. He consistently averages 1 bpg, as well as utilizes his long arms to grab ten rebounds a game and efficiently contests shots inside. Starting forward, Marquese Chriss is projected to lead the team in blocks after averaging 2.5 last season for the Suns. The Rockets have a strong frontcourt to accompany their star-studded backcourt on defense. The negative connotations that follow the Rockets defense are false, and next season, Houston will definitely have a superb defensive lineup to coincide their already impeccable offense.

Simply put, the Rockets have a stellar bench. With the new players they’ve drawn in, Houston now has a bench consisting of players that could most likely start on other teams. These players include PJ Tucker and Eric Gordon.

For the backcourt on the bench, Eric Gordon, Michael Carter-Williams, Brandon Knight, and Gerald Green are there. Gordon started last season but was moved down due to Carmelo Anthony entering the rotation. Last season, Gordon averaged 18 ppg, and coming off Houston’s bench this season, he’s perfect to give breaks to starters while at the same time maintaining offensive efficiency. Carter-Williams is expected to average around 5 ppg. Brandon Knight, who the rockets obtained in the Suns’ trade, never played last season. Gerald Green, who is arguably one of the biggest steals last season is coming off the bench as well. He had 12 ppg after the Rockets picked him up later on last year.

Overall, the Rockets’ bench is a great group, and will certainly be useful for giving efficient and fruitful possessions when needed in the rotation.

I believe the 2018-2019 Houston Rockets are title contenders with the team they have now. Much like the other powerhouses of the Western Conference, Houston has been able to put together a super team of its own. I believe that similar to last season, they can make it all the way to the Conference Finals. The Rockets are a force to be dealt with and will obliterate their division. They’ll be among the top teams in the NBA.