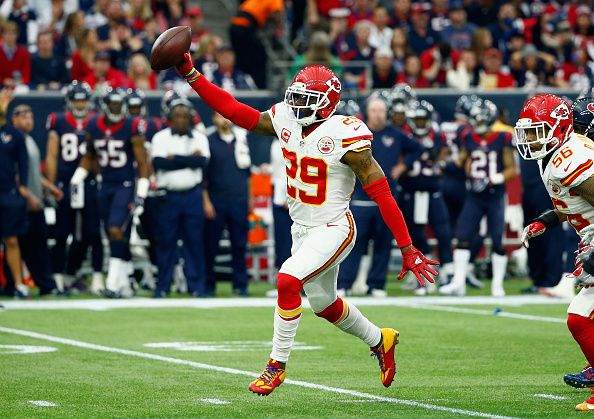 What is Haglund’s Deformity? How will Will Dissly play when he returns next season? Will Earl Thomas play another game for the Seahawks after his injury and telling his sideline that they are number 1 on Sunday?

The defensive back for the Kansas City Chiefs is suffering from Haglund’s Deformity. It is an irritation in the soft tissue of the heel caused by a bone spur on the back of the heel rubbing into the Achilles’ tendon of the foot. Normally there is a fluid-filled sac between the calcaneus and the tendon. This fluid-filled sac is called a bursa. When the bursa becomes inflamed, it gets more fluid in it to try to stop the irritation, which leads to more irritation which leads to more fluid. Athletes who do a lot of running with stiff-back shoes are particularly bothered by this condition. Sometimes, just staying off the foot, elevating, and patience can help the condition but the ultimate treatment is surgery to basically file down the bone spur. If the bone spur gets large enough it can actually lead to Achilles ruptures. Normally with RICE treatment and specially designed shoes and or heel inserts and orthotics, the condition can be managed. While surgery is a possibility, the lengthy recovery time makes it a last resort. In addition, a number of athletes who undergo surgery for the condition never are able to return to their presurgical performance.

The defensive back for the Seattle Seahawks suffered a lower leg fracture in the Seahawks game against Cardinals. There are two bones in the lower leg. The Tibia which is the thicker weight-bearing bone and the Fibula which is the thinner ankle stabilizing bone. It has been reported that no ligament damage occurred so I would assume it was a fibular fracture. Most bones will heal in 6-8 weeks. Once the bone heals, the main process of returning to the field surrounds, regaining muscle strength and mass lost during the inactivity of recovering from the fracture. This can take a few additional weeks once the bone is completely healed. With this injury occurring in week 4, the earliest I would expect him back, if at all based on other issues with the team, would be around week 13-14 of the season. If the Seahawks aren’t playoff bound, I would suspect he won’t be back at all this season for any team. If they are a potential playoff team and he is of the mind to play, then he could be available for a playoff run. The other issues in Seattle will have to be sorted out first.

The rookie tight end for the Seahawks suffered a season-ending Patellar tendon rupture during the game against the Cardinals. Generally, this type of injury is an indication that a previous injury to the area went undiagnosed. It has also been more common in athletes who have been using anabolic steroids to increase muscle mass since the steroids weaken the tendons. Since Dissly has no history of failed PED testing I would assume the undiagnosed injury as the cause of the rupture. Regardless, the recovery time for this injury is lengthy. Surgery will be performed to either reapproximate the ends of the tendon or, if the tendon completely separated from the bone, a tendon graft will be performed to reconstruct the tendon.

The recovery process will begin with passive extension and active flexion exercises starting about 2 weeks after the surgery. The biggest issue with this surgery is the recovery of a full range of motion in the knee. At 6-7 weeks the knee brace is removed and the athlete can walk without crutches. It is at this point that the resumption of restoring active muscle motion and strength begins in earnest. Normally this takes at least 4-6 months to fully restore competitive strength and range of motion. Most athletes who undergo surgery sooner, within 3 weeks of the injury report good to excellent outcomes and are able to return to the playing field without a significant change in their performance and report a minimal loss of strength or discomfort in the repaired knee. The two most common problems after surgery are the loss of knee motion and weakness in the quadriceps muscles. Adequate physical therapy beginning in the early stages of recovery help to minimize this.

All three of these injuries are unfortunate occurrences, Dissly’s was the most serious and Thomas’ was the most thought-provoking because it occurred during a contract year.