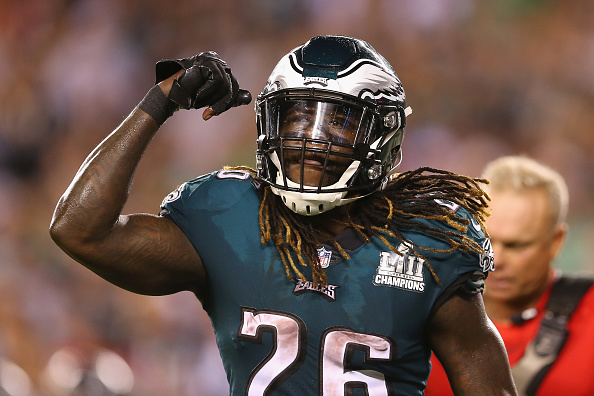 Week 1 is now in the books and with that, we can start to find trends. But first a little Greek mythology lesson. Have you ever heard of the Cerberus? It’s a three-headed dog that guards the gates of Hades.

Now it took a minute for Ajayi to get going last Thursday, even I was tweeting about it.

Where are the Jay Ajayi truthers at? pic.twitter.com/7t1Wg4iQ7K

So I ended up eating crow a bit in the second half, but I do have concerns that he will have dud games. The Eagles are going to continue with this three-headed monster and Ajayi did not receive any targets in the passing game, but Sproles did. I fear that with the limited time on the field and not being involved in the passing game, could Ajayi get game scripted out? Personally, I would take this big game that he had and try to move him for another player.

Remember when I wrote an article saying to temper your expectations on Deshaun Watson? I need to tell you to temper your expectations for Patrick Mahomes as well. This may go without saying, but some people see the stats and believe that to be the norm. In the Watson article, I explained how his touchdown for every 10.74 passing attempts is an efficiency level that he could not keep. Not when quarterbacks like Aaron Rodgers and Tom Brady can never keep that level of efficiency.

I would also like to point out that the Chiefs will have to play the Broncos twice, the Rams, and Jaguars. We also have to remember this is the first time Mahomes will be playing for the season as the starter. There are bound to be some crappy games.

John Ross ended the 2017 fantasy season on a negative note. I mean, literally, he had negative points at the end of the season. After looking good in training camp, the fantasy community was expecting big things from Ross. He was a late-round draft pick with high upside and in Week 1 he even got a touchdown. Yep, one touchdown on a three-yard catch, one of only two targets. Ross was fifth in targets for the Bengals playing a terrible Colts’ defense. He was always considered a boom or bust play, but I was expecting more catches for more than three yards. I will need to see more than two targets from Ross to have faith in playing him this season.

Exactly. This is only Week 1 and some of these storylines may not be the true story all season long, but there are things we need to watch out for. Will Ross become more involved? How far back down to earth will Mahomes fall? And can Ajayi get game scripted out of the game plan if the Eagles fall behind?