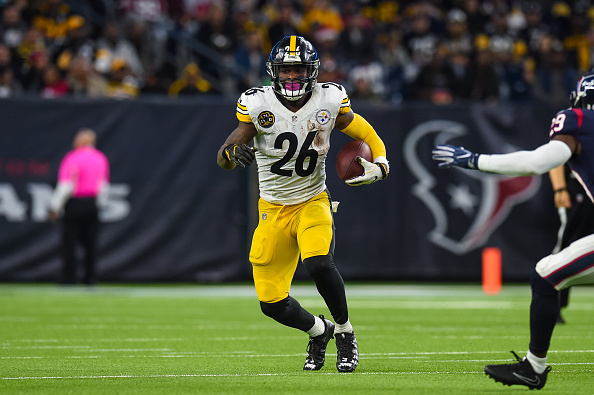 Over the past couple of years, there has been no running back more productive than Le’Veon Bell. The past two seasons Bell has totaled over 3,830 total yards, and 20 total TDs. However, with the high production Bell produces, his price tag will also match the level of his play. Bell is reluctant to sign yet another franchise tag, so unless he and the Pittsburgh Steelers can work out a long-term deal, they will be parting ways in 2019. So here are my top three potential landing spots for Le’Veon Bell in 2019.

With the return of Andrew Luck, the Indianapolis Colts once again have the chance of being a formidable team in the AFC South. However, a weakness that they have is a lackluster rushing attack. Last season the Colts ranked 22nd in the league in rushing yards. They were lead by the now departed, Frank Gore who accumulated 961 yards while averaging under four yards per carry. Quarterback Jacoby Brissett was the only player to average over four yards for that Colts team. The addition of Le’Veon Bell could be what elevates this team to the next level It’s clear as day that Bell is a far superior choice than the backs on the roster currently. The Colts will also have the second-most cap room in the league in 2019 so the concern about money will not be a problem. With the combination of Andrew Luck, Le’Veon Bell, and the improved offensive line, the Colts might be able to once again grasp the winning tradition that has recently escaped them.

One of the most exciting teams coming into this season is the Houston Texans. The Texans are lead by the duo of the Alabama killer, Deshaun Watson, and wide receiver, DeAndre Hopkins. Houston also has the potential to have one of the best defenses in the league with the return of J.J. Watt and the addition of Tyrann Mathieu. Houston currently has a regressing Lamar Miller as their feature back, who was unable to record over four yards per carry last season. If the Texans were able to get their hands on Le’Veon Bell then we could quite possibly witness the start of a new dynasty. Houston also has plenty of cap room, so if they are serious about adding bell they do have a realistic chance.

After what seemed to be a never-ending nightmare for the New York Jets, they appear to have finally found their quarterback of the future in Sam Darnold. Now we must ask, what can be the difference for a rookie quarterback in helping them to have a phenomenal season and covering the weaknesses? Well, Dak Prescott along with all of Cowboys nation has the answer to that, a great rushing attack. Currently, Bilal Powell and Isaiah Crowell are the two lead backs for this team. While they are not bad options, you could do much better by adding a player such as Le’Veon Bell. If there is any team in the league who can afford a move like this, it is the New York Jets. The Jets will have the most cap room of any team in the 2019 offseason, that fact should be music to the ears of LeVeon Bell.

The era of the dominant and valued running back has returned, and Le’Veon Bell is leading the pack. He has shown why he deserves to be the highest-paid running back in the NFL, and if the Steelers are not the ones to offer the contract he is looking for, I believe one of these three teams will.