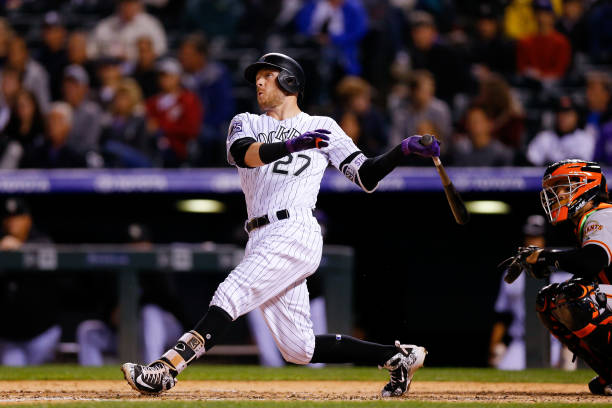 As we find ourselves flooded with the NFL opening weekend, do not miss out on the remaining three weeks of this intense NL playoff race. It is sure to go down to the wire.

1. Chicago Cubs (even 83-59) All of a sudden we find ourselves with a race in the NL Central. I hinted earlier that a team could give the Cubs a hard fought battle to obtain the crown of the Central. I didn’t think it would be the Brewers. Last week was one to forget, only two wins came the Cubs’ way. We will now see how much experience comes into play this late into the season. Due to weather, the Cubs will have only one day off until the end of the season. On the plus side, the Cubs are very good at home, going 44-24 in Wrigley. They will use the advantage of a friendly home schedule as they will play 13 of their remaining 20 in Wrigley.

2. Milwaukee Brewers (+4 82-62) Having the best week out of all the playoff contenders, the Brewers went 5-1 over the week. Impressively taking two out of three from the NL leading Cubs, handily sweeping the Giants (continuing the free fall), and tightening their hold on the Wildcard lead. Jonathan Schoop led a suspenseful comeback, hitting a grand slam off of Madison Bumgarner to blow the game open. Surging up the Power Rankings due to a shockingly hot stretch over the last 19 games. Christian Yelich continues to provide MVP level of production, slugging his way (.558 SLG%, 9th in MLB) to the heart of the now very potent lineup. Ryan Braun has provided some much-needed help in the second half. Slashing a vintage .294/.359/.496 while chipping in five home runs and driving in 16 over 32 games.

3. St Louis Cardinals (even 79-64) Suffering their first mediocre week in recent memory, the Cards salvaged an underperforming weekend by coming up with clutch hits to break up Micheal Fulmer‘s bid at perfection. Turning what was looking like a magnificent performance instead into a bitter walk off the mound. Pushing five runs across the plate in the seventh inning gave John Gant his seventh win. As the Cards hold a one-game lead in the wild-card standings, they could use more performances from Gant like Sunday. This is only the third time he has recorded an out in the seventh inning or later. The fate of the Cardinals firmly lies in their own hands, as they will play four series the rest of the season versus current playoff contenders.

4. Atlanta Braves (+1 79-64) Facing what could have been one of the toughest tasks of the season last week, the Braves bounced back after getting pummeled by the Boston Red Sox. When I first started this column, I suggested the Braves could have one of the worst rotations out of the playoff teams, giving up a little over seven runs a game during the three-game series with the Sox will not change my mind on that. The bounce back came in the Matchup of the week. Young talent was on display Sunday as Ronald Acuna Jr hit his 25th home run in the 6th, Johan Camargo belted his 18th and Ender Inciarte smashed the go-ahead bomb as part of the six-run 9th. Touki Toussaint was wild but fortunate to keep the team in the game, going five innings with five walks. The trade for Lucas Duda showed potential pinch-hitting problems for opposing pitchers as he followed up Inciartes’ bomb in the 9th. Taking three out of four from the D’Backs might have saved their season.

5. LA Dodgers (-3 78-65) Justin Turner‘s broken wrist seems to be a thing of distant memory. Since the All-Star break, he has been an absolute monster. Ranking 1st in AVG (.368), 3rd in OPS (1.123), 2nd in wRC+ (205) and powering the Dodgers to a much-needed series win against the surging Rockies on Sunday (4/5, 2-run HR). Sitting only one-half of a game behind the Rockies for the NL West title and one game behind the Cards in the wildcard race, the Dodgers are needing to hit their stride soon, as they will now endure a very difficult stretch. I noted earlier about a long road stretch, well it has begun, followed by a visit from the now leading Colorado Rockies. The next day off will be on the 20th, after 13 straight games, 11 of which were on the road. This team must fight off late-season fatigue in order to make the run they need.

6. Colorado Rockies (+1 78-64) Failing to seize a golden opportunity of putting a stranglehold on the division against the Dodgers this week, the Rockies did enough to grab sole possession of first place. Led by a historic season from Kyle Freeland (2.21 ERA in Coors) the Rockies look for their first back to back playoff appearances ever. Also, chasing their first ever NL West division title, Trevor Story is doing whatever he can to throw his name in MVP conversations, powering the Rockies to much-needed wins down the stretch. Wednesday, he accounted for three of the five total runs the Rockies scored, the impressive part, all three were solo home runs. Including the longest home run of the season in the MLB, projected at 505 feet.

7. Arizona Diamondbacks (-3 76-67) Coming into the week, they really wanted to strike fast against the Padres and put the sour taste of losing to the Dodgers behind them. But that didn’t happen. Dropping game one against the Padres 6-2 meant they must perform well against the Braves. The bullpen looks taxed, Brad Boxberger has pitched almost as many innings this year (49) than the previous two years combined (53.2), Jake Diekman hasn’t been optimal since his arrival to the desert (2 HR, 7 total runs allowed in 9 IP) and Archie Bradley has had a start to September he wants to forget (1.2 IP 5 ER). The strength of their staff plus their top-rated defense were two things I banked on to push them into the playoffs but now they must overcome a very rocky week. First traveling to the current NL West leaders followed by a trip to the defending champs.

8. Philadelphia Phillies (even 74-68) The Phillies have what I thought to be one of the easiest schedules over the last week, yet they dropped the ball by losing both series. Yes, it was a six-game road trip, but it was against the lowly Marlins and Mets. Going 2-6 since the beginning of September, they have obviously lost ground on the Braves, even with all their struggles of late. Every slump has an end and this could be exactly what the Philly faithful need. They begin a nine-game homestand against the Nationals, Marlins, and Mets. If they do not dominate these games, they will be finished this year, no chance at the wildcard, and making my prediction fall flat, just like the Phillies.

9. Pittsburg Pirates (N/A 71-71) Sporting the second longest win streak of the Majors (five), the Pirates would need a miracle to make a real push. They are currently over 10 games back in their division, and a sizeable seven games back in the Wildcard hunt. Losing one of their best offensive pieces in Gregory Polanco will make the climb almost impossible. Polanco was having a career year in power (23 HR) and in his ability to take a walk (11.4% BB). They beat up the Reds and the Marlins this last week, but they will find a much tougher week ahead of them. They are hitting the road to face the Cardinals and the surging Brewers. They will need someone to step up and fill the shoes of Polanco, the problem is, who? They have below average hitters from the fifth hitter’s spot on.

10. Washington Nationals (-1 71-72) The perplexity of the Nationals season continues. St. Louis came into town and mopped up, then they won a doubleheader versus the Cubs on Saturday. They have a front-runner for the Cy Young award in Max Scherzer, young phenom Juan Soto, and pending superstar free agent, Bryce Harper, so what went wrong? Well missing another chunk of a season from Stephen Strasburg didn’t help, Daniel Murphy took a bit longer to come back than expected and losing Sean Doolittle has been a hole that has been almost impossible to fill. Be prepared for a new look Nationals in 2019.

I’m now focusing on the NL Central race a little more this week than previous weeks. The past few weeks we have been watching the West, but now with how the Brewers are playing, we must focus on them. They have a nice matchup at the beginning of the week.