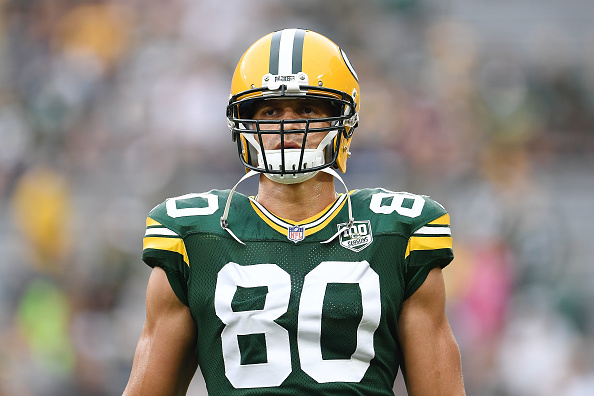 The regular NFL season is here and so is the fantasy season. It’s time to set your lineup but who should you start? As we get deeper into the season it gets easier to find the trends. How are the snap counts looking, which defense is more susceptible to a specific position, or how are the targets being distributed? Since that data isn’t available to us for a few weeks we have to fire up the flux capacitor, get our 1.21 gigawatts, travel back in time, and look to last season.

If you’re like me at the draft and tend to punt the tight end, this article is for you. I have never had Rob Gronkowski or Travis Kelce on my fantasy team. I usually wait until double-digit rounds to grab a tight end and then play the best matchup. So, by looking at the data from last season, who are the best matchups for our tight ends this week and who aren’t?

Last season the Chicago Bears gave up on average 14.36 fantasy points per week to the tight end. In Week 1 they take on Aaron Rodgers and the Green Bay Packers. Rodgers’ number one target at the tight end will be, of course, Jimmy Graham. Last season Graham had ten touchdowns for the Seattle Seahawks. His career high is 16 and he’s had double-digit touchdowns four times in his eight-year career. Players could have a nice start to their fantasy season with Graham in the lineup.

Tight ends scored on average 16.08 points a game against the Arizona Cardinals last season. They were 32nd best against the tight end in 2017. Or you could just say they were dead last. Taking on the Cardinals this Sunday will be the Washington Redskins. After making a trade with the Chiefs this offseason, the Redskins have a new quarterback. Who is the quarterback again? That’s right it’s Alex Smith. Do you know who has had the most targets from Alex Smith the past two years? I’m sure you guessed the tight end. Do you know who is finally healthy to start the season? That’s right, Jordan Reed. Alex Smith likes to target his big tight ends and since the Cardinals were dead last against the tight end last season, I would look for plenty of targets to float Reed’s way.

Last season the tight end averaged only 9.2 points per game against the Tampa Bay Buccaneers. In a division rivalry game, the Buccaneers will take on the New Orleans Saints. The Saints did not target the tight end much last season. Coby Fleener led their tight ends with only 30 receptions. In 2018 the starting tight end for the Saints is 38-year-old Benjamin Watson. Between the tough defense against tight ends and the lack of targets Watson will likely see, this is not a matchup I can get excited about.

Flipping the coin on the Redskins/Cardinals matchup is Ricky Seals-Jones for the Arizona Cardinals. The Redskins last season were the best at stopping the tight end. They averaged just less than nine points a game. The focal point of the Cardinals offense is David Johnson and Larry Fitzgerald. I do not see a lot of targets here for Jones going up against the best defense at stopping the tight end this Sunday.

I will bring you trend articles all season long. Follow me on Twitter and let’s chat some fantasy football together.