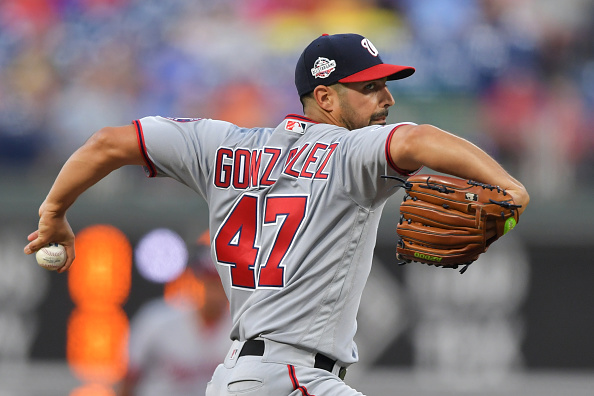 On Friday the Milwaukee Brewers were busy ahead of the deadline to pick up players and have them available for the postseason. The Brewers acquired lefty reliever Xavier Cedeno from the White Sox, starter Gio Gonzalez from the Nationals, and Curtis Granderson from the Blue Jays. These moves improve the Brewers for the stretch run and show how they are serious about competing this season. Each player provides an upgrade to the Brewers in a major way. For Milwaukee, it will be an exciting ride down the stretch.

Gonzalez is an upgrade to a Brewers rotation that struggled mightily in August. The Brewers had an ERA of 5.04 in August which was the third worst in the majors. The Brewers have not committed to placing Gonzalez in the rotation or the bullpen but he is still an upgrade. Gonzalez has struggled this season with an ERA of 4.57. He is on pace to have the third highest ERA of his career. However, he is not far removed from one of the best seasons of his career. Last year Gonzalez finished sixth in the NL CY Young voting and had an ERA of 2.96. The only other year he had a lower ERA was his first year in Washington when he won 21 games. The Brewers are hoping a change of scenery and the excitement of a postseason run can get Gonzalez closer to the pitcher he was last season.

As a result of the Brewers rotation problems, the bullpen has been taxed. To improve the bullpen they acquired Xavier Cedeno from the White Sox. They are hoping he will take the pressure of the Brewers top relievers such as Josh Hader to keep him fresh down the stretch. This season Cedeno has only allowed one home run which has been a problem for the Brewers’ relievers. After missing all of last season, he has had a nice bounce-back year and had an ERA of 2.84 for the White Sox. Cedeno gives them another left-handed option out of the bullpen. He is not a big name but the trade does improve the Brewers bullpen and pitching staff.

The last trade the Brewers made on Friday was acquiring Curtis Granderson from the Blue Jays. He is not having an amazing season as Granderson is only hitting .243. He has shown some power this season with 11 home runs in 104 at-bats. His value does not lie in his bat but in his postseason experience. He has been to the postseason seven times in his career and the World Series twice. He will mostly play against righties but will also serve as a veteran presence. Granderson knows what it takes in the postseason which is the type of player the Brewers will need down the stretch.

Did They Do Enough?

Before the season began the Brewers were one of the most aggressive teams. They acquired Christian Yelich and signed Lorenzo Cain to form one of the best outfields in baseball. With this deadline, they again were aggressive and improved their depth. They are chasing their first postseason appearance in seven years and have set themselves up well for a postseason run in a very tight race.