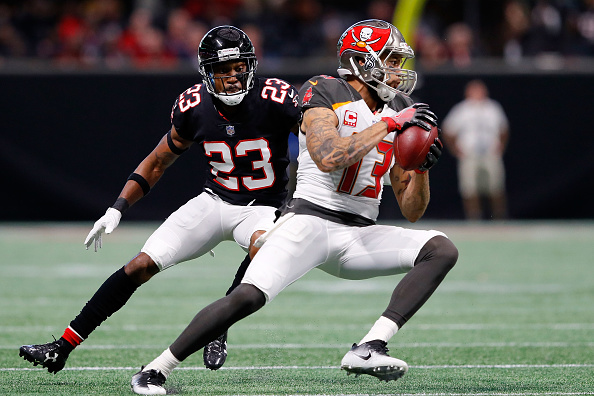 Can the Buccanneers return to 2016 form when they finished second in the division? Will Winston show improvements? Will the pass rush show up?

After finishing second in the NFC South after the 2016 season, the Buccanneers looked to be poised for a big breakout year last season. Unfortunately, that did not happen as the team finished last in the division with a 5-11 record. After entering last season with so much excitement the team just looked to have fallen apart as the year continued.

The Bucs also have a promising receiving core for their quarterback to lean on. With pro-bowl caliber, Mike Evans as the leading receiver and some young up and coming talent behind him the future for this receiving core looks very promising. Former first-round draft pick OJ Howard looks to be an up and coming top tight end in the league. He and fellow teammate Cameron Brate make one of the best tight end duos in the league today. Finally, the team also has wide receiver, Chris Godwin. Coming out of training camp there has been many glowing reports on him. Many believe a break out year is coming this season, but we will just have to wait and see.

Perhaps the most glaring weakness is the team having to go the first three games of the year without franchise quarterback Jameis Winston. Winston was suspended for the first three games of the season for violating the NFL’s personal conduct policy. This leaves quarterback Ryan Fitzpatrick as the starter for the team in Winston’s absence. While Fitzpatrick has had his ups and downs throughout his career he will be facing some tough competition during this time. The Bucs open their first three weeks versus the Saints, Eagles, and Steelers. All three games will certainly test the team as they are widely considered some of the best teams in the league.

Outside of the Winston news the team also has a weakness at offensive line. While yes they have added a player or two over the past few years, but they are inexperienced and not currently listed as starters. Some of the players have been decent at times over the years as a whole, but they don’t offer much protection.

Entering the 2018 NFL season the team looks to be revamped in parts of their defense. The team spent the majority of their resources on their defense. They spent a first-round pick on defensive tackle Vita Vea, and both their second-round picks on cornerbacks. All of these players should be upgrades and look to contribute early on.

With 2016 first-round pick Vernon Hargreaves in a prove it type situation it allows with Carlton Davis or MJ Stewart the opportunity to step up and win the starting role early on. Another corner Brent Grimes is in the same situation. While he has played better more recently the team might be looking to officially move on from him as if drafting two corners high wasn’t already a hint.

Perhaps the biggest offensive addition the team made this offseason was drafting running back Ronald Jones. Last season the Bucs ground game was basically nonexistent. Doug Martin failed to achieve anything for the team. This left the team searching for a new running back yet again. this time though, they might have found the answer. Jones was very productive coming out of college and should offer a good change of pace for the teams’ offense. Of course, he will have to compete with Peyton Barber for reps throughout the season but together they should get the Bucs ground game going.

On the other side of the ball, the Bucs improved their defensive line tremendously. The team traded for pass rusher Jason Pierre-Paul this offseason. Last season the Bucs finished last in sacks in the league. Both their starters last season, Robert Ayers and William Gholston, each started ten games for the team last season and managed to combine for only two sacks. Pierre-Paul has 58.5 sacks over eight seasons and 15.5 total in the last two.

While the team did end up drafting running back Ronald Jones, one of the biggest losses they suffered this offseason was Doug Martin. Martin had an up and down career with the team but showed the potential to be a great back. After being a pro bowl running back and racking up over 1,400 yards his rookie season he fell off. While in 2015 he did earn first-team All-pro he has failed to rush for even 500 yards any other season.

Despite not losing much this offseason the team is looking to struggle a good amount this season. During Winston’s absence, the team faces a hard stint of teams and is looking to start the season 0-3. After that, the team continues to face a tough stint of teams that will challenge them on both sides of the ball. This leads to the fact that they are looking to struggle greatly throughout the season. Taking a look into the future I predict the team shows its weaknesses and finished the season 4-12. While this is not a good record they will be able to secure a top pick in the draft and be able to reload at weaker positions.

Perpahps one of the untalked about things for this team is how important the play of Winston is this season. At the moment the front office and Winston look to be on the hot seat entering the season. With both needing a winning season the fate lies on Winston’s shoulders. With bad play from him this season the team could look to move on and find a new franchise single caller, but with good promising improvements from him, they could look to bounce back sooner rather than later.