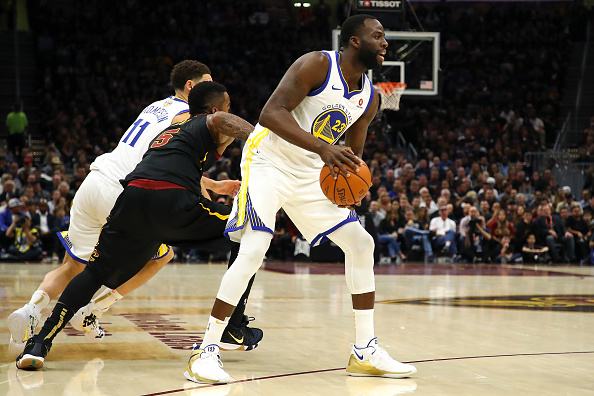 The Golden State Warriors, one of the most dominating teams in all of sports currently, are on the verge of yet more history. After securing their second successive NBA title in June, their success in luring all-star center Demarcus Cousins to the Bay Area has led many to declare that a three-peat is inevitable.

Yet while Golden State retaining their crown is far from a foregone conclusion, they will undoubtedly begin the 2018-19 season as the heavy favorites, which one would expect when the defending champion adds one of the best big men around. So, let’s assume the season does go to form, and that Steve Kerr‘s Warriors triumph yet again. Where would they rank, in the bigger picture of the NBA, both as individuals and a collective? How truly special is this team when weighed up to the greats of yesteryear?

A title in 2019 would put the Warriors ahead of some of the game’s most iconic teams since the vast majority have never managed to win three in a row. Magic Johnson and Kareem Abdul Jabbar‘s Lakers could not do it. Nor the recent big 3 in Miami. Even Gregg Popovich‘s San Antonio Spurs, the most consistent team of the 21st century, failed to win it all twice in succession.

Granted, three-peats are not unheard of in the NBA. Michael Jordan‘s Bulls teams achieved the feat on two separate occasions, while the Shaquille O’Neal and Kobe Bryant Lakers won the first three titles of the 2000s. Nevertheless, another Warriors championship next summer would put them in an elite and exclusive group.

And besides, the Golden State juggernaut began before Kevin Durant, the driving force behind their current run of uninterrupted success, joined the team two summers ago. Kerr’s Warriors first title came back in 2015, thus success in the coming campaign would make it four rings out of the last five, something that Jordan, Shaq, and Kobe all could not achieve. To find the last team to match this level of dominance, one has to go back to the 1960s and Bill Russell‘s Celtics, who never had to compete with more than 13 other teams. Considering the league now has twice as many franchises, the Warriors are on the cusp of something unprecedented.

The all-time greatness also stretches beyond titles, as the entire NBA has been changed forever by the Warriors. Their favoring of small ball, obsession with spacing and ball movement and, above all, use of the three-point shot has revolutionized basketball. Led by the ‘splash brothers’ Stephen Curry and Klay Thompson, Golden State became the first team to make over 1000 triples in a single season in 2016.

With analytics taking over the NBA and the three-pointer’s value constantly increasing, teams have been frantically trying to replicate the Warriors’ success from behind the arc. Last season, all but six teams attempted more than 2000 threes, a stark contrast to the 2013-14 campaign, where all but six teams attempted less than 2000 threes. Suddenly, players must learn to shoot from deep. Traditional centers have become borderline unplayable in late-game situations. One team, the Houston Rockets, even attempted more three-point shots than the two-point equivalent last year. The Golden State Warriors have changed the game forever, adding to their historical relevance.

But Kerr’s men are far from dependent on threes. The acquisition of Durant gave them a new weapon from the mid-range and in the post. Additionally, Curry, widely considered the king of the long-range jumper, is more than capable of finishing against bigger defenders at the rim. Last season, the Warriors ranked 15th in threes attempted, but first in three-point percentage. As other teams frantically attempted to catch Golden State, they began to pull away in another direction. Their ongoing success is not down to the gimmick of the long-range shot, but evolution and efficiency; attributes vital for any team, in any sport, in any era.

Now, back to what a title in 2019 would do for the Warriors’ legacy. Just where would their top players rank as individuals in the all-time ladder? First of all Durant, the Finals MVP in each of the last two seasons would move closer to becoming widely considered as one of the best players of all time. He would hold the distinction of being the best player on a team in each year of a three-peat, and if he can retain his MVP trophy his resume, which already includes a regular-season MVP and four scoring titles, will begin to match-up to the other great small forwards in history. It would undisputedly put him ahead of Scottie Pippen and Julius Erving. Larry Bird and LeBron James would most likely remain ahead of him, but Durant is breathing down their necks. If he can get another ring in the next twelve months, he has every chance to pass them both, and cement his status as one of the best ever.

As for Curry, while he does not have the all-time potential of Durant, he too could go down as one of the top players in history for his position. A title in the coming season would be his fourth, giving him more than fellow legendary point guards Isiah Thomas, Oscar Robertson and John Stockton combined. Throw in the fact that he will likely finish his career as the all-time leader for three-pointers made, and have the reputation as the greatest shooter ever, he will surely be established as second only to Magic Johnson in the overall ranking of point guards.

Of course, this speculation is all hypothetical and endless. What would a fourth ring do for Klay Thompson, probably the second-best shooter on not just the Warriors, but of all-time? How would it alter Draymond Green‘s legacy? Could he enter the debate for the most versatile defensive player ever? And what about Kerr, where will he rank amongst the greatest coaches? These questions cannot be answered now, and may never need answering. Nevertheless, although Golden State’s dominance is not entertaining for neutrals seeking parity, fans should not wish it away too quickly. The league has rarely seen anything like it before, and possibly will not again.