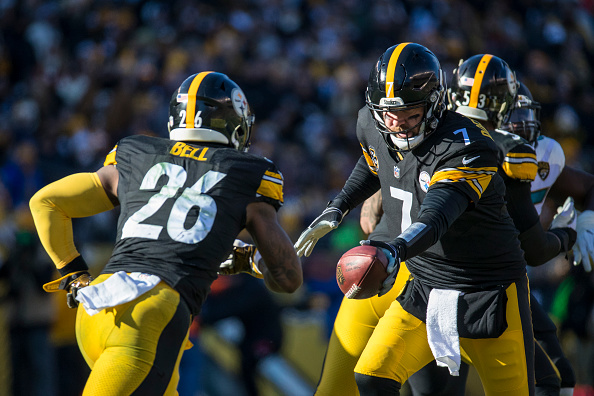 The Pittsburgh Steelers look to rebound after a disappointing end to an otherwise successful campaign in 2017 after being bounced in the AFC Divisional Round by the Jacksonville Jaguars. The Steelers offensive core remains in tact, but the problematic defensive woes may not be remedied just yet. The clock is ticking on franchise QB Ben Roethlisberger, and the Steelers need to utilize the time remaining in his deteriorating body before possibly falling back into the cellar of the league.

The Steelers finished at 13-3 in 2017 and second in the AFC to the New England Patriots after a now-infamous changed touchdown call against the Patriots in Week 13 of the regular season. As such, instead of facing the Tennessee Titans in the playoffs after a first-round bye, Pittsburgh found itself in a matchup against the Jacksonville Jaguars who blew the Steelers out of the water during Week 5 to the tune of 30-9 including 5 INT from Roethlisberger—making nearly 36% of his INT season total come from just one game.

Roethlisberger flipped the script and threw 5 TD in the team’s playoff appearance against Jacksonville months later, but the porous Steelers defense allowed 45 points, and Pittsburgh’s season came to a shallow end.

Highly touted as one of the best in the NFL, the Steelers offensive attack of Roethlisberger, receiving yards-leader WR Antonio Brown, and rushing attempts-leader RB Le’Veon Bell all return for at least one more year.

Despite Bell’s continued gripes and discussions with Pittsburgh’s front office, the Pro Bowl RB still produced incredible figures last season, ranking second in the NFL in all-purpose yardage with 1,946 in 2017. Bell’s running attack complements his receiving ability out of the backfield and out wide, and team’s have struggled to contain him as so much of the focus defensively needs to be split between Bell and fellow Pro Bowler Brown.

Brown has eclipsed 100 receptions and 1,250 receiving yards in each of the last five seasons, and his undeniable chemistry with Roethlisberger fuels those figures. Brown ranked first in the league in receiving yards per game—17.6 yards ahead of second-ranked DeAndre Hopkins—while playing only 14 games last year.

Despite what appeared to be an Achilles’ heel for the Steelers last season, the team’s defense allowed the fifth-fewest yards in the league last year and ranked 13th in takeaways with 22 in 2017.

The Steelers’ defense, however, also had its fair share of downsides. Pittsburgh’s defense ranked in the bottom half of the league in yards per play with 5.2, and the team allowed the 11th-most rushing TDs with 14.

A lot of the struggle stemmed from Ryan Shazier‘s absence after suffering a tough injury during Week 13 against the division rival Cincinnati Bengals. Linebacker play has been somewhat of a roller coaster for the Steelers, as T.J. Watt, Bud Dupree, and Vince Williams have all flashed positive signs albeit inconsistently. Dupree punctuates that analysis after finishing the season with just 6 sacks in 15 games starting at LOLB.

Many have also questioned Le’Veon Bell’s efficiency in the run game going into this year. Bell sat out last year’s non-mandatory camp prior to the season and saw his yards per carry average decline by 0.9 from the previous season. Bell began his holdout again this season in search for a lucrative contract, and those question marks may still be there for this season.

The Steelers swapped out a couple of key pieces both on offense and defense.

On offense, Pittsburgh selected WR James Washington from Oklahoma State in the second round of the NFL Draft this past offseason. Washington—thrown to in college by the Steelers’ third-round selection, QB Mason Rudolph—caught 13 TD and 1,549 yards in his senior season, including a 124-yard day in Heinz Field against the University of Pittsburgh in the team’s third game of the year. Rudolph threw for 5 TD before being pulled two drives into the second half after leading 56-14.

Defensively, Pittsburgh added multiple players in both the draft and in free agency. The Steelers used their first-round selection in 2018 to take S Terrell Edmunds from Virginia Tech. Edmunds played a Swiss army knife role in college, mixing in a lot of linebacker looks in the box with his safety play, and looks to play a similar situation with the Steelers being set with safeties.

The man keeping Edmunds from playing full-time is S Morgan Burnett, the former Green Bay Packer who signed a 3-year, $14.5 million deal with Pittsburgh this offseason. Burnett will likely play alongside S Sean Davis most of the time for the Steelers this season, and provide a similar role to S Mike Mitchell last season.

Pittsburgh also drafted former Penn State S Marcus Allen in the fifth round of the draft, and Allen’s versatility could be helpful in case of injury over the course of a long season. Allen’s lack of speed kept him low on draft boards, but his play in the Big 10 conference was enough to catch the attention of Pittsburgh late in the draft.

The Steelers also acquired LB Jon Bostic to play alongside the likes of Williams and the the Temple product Tyler Matakevich.

One of the first moves for the Steelers this offseason was to trade away WR Martavis Bryant to the Oakland Raiders during the NFL Draft. Bryant showcased supreme skill in his first two seasons in Pittsburgh before seeing the fanbase turn on him after being suspended for the year because of the league’s substance abuse policy and his diminished role last season. Washington will likely fill Bryant’s place in the offense this year.

Defensively, the Steelers allowed S Robert Golden and S J.J. Wilcox to walk in free agency, as well as long-time CB William Gay. Golden and Gay played in every game for the Steelers last season, but neither played full-time roles, with Gay’s nickel corner slot being taken over mostly by DB Mike Hilton.

The Steelers are the favorite early to run away with the AFC North division, and I don’t see that prediction changing throughout the season.

I have Pittsburgh finishing 12-4 and 4-2 in division play this season, avenging their home loss in 2017 to the Patriots this year in Heinz Field. If the Steelers want to return to the Super Bowl, their only real shot is playing New England at home, and a win in Week 15 for them could secure that chance. If the Steelers get over that hump, I can easily see them making their way back to the big game and finally utilizing the talent NFL analysts have been drooling over for years.