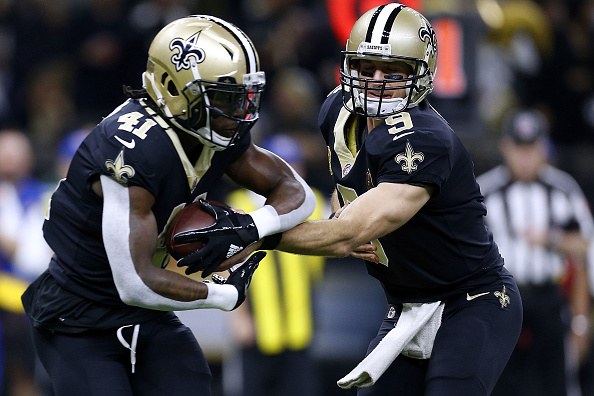 Last year, there was only one NFC team that was in the playoffs who also were in the 2016 playoffs. The Saints were one of the teams that made it last year but failed to do so the three consecutive years before that. Will they repeat last season’s success or return to previous outcomes?

In 2016 the Saints finished third in the NFC South. Just a year later they won the division and made it all the way to the divisional playoffs, where their season tragically came to an end. Still, it points to the extremely fast turn around the organization was able to make, as there were leaps and bounds better than the year before.

Of course, a lot of this success came due to offensive and defensive rookies of the year Alvin Kamara and Marshon Lattimore.

Going into the 2018 NFL season, where do the Saints stand? Are they still a top team or will they suddenly plummet and fall out of the playoff race?

Strengths for this Year

In a draft class that had both the offensive and defensive players of the year, you know they have a lot of star power on the team. Now it is just a matter of those players keeping the momentum going into their second year in the league.

On the offensive side of the ball, the team is loaded with talent. From Hall of Fame quarterback Drew Brees to wide receiver Michael Thomas. Don’t forget the dual headed running backfield of Kamara and Mark Ingram. New Orleans has all the weapons to be the number one offense in the league next season.

On the defensive side of the ball, the team has star cornerback Marshon Lattimore and defensive end Cameron Jordan leading the pack with a talent loaded across the roster. Many know second-year safety Marcus Williams from his game missing tackle in the divisional round of the playoffs last year, but he is a player to watch for a breakout season. While he did make one huge mistake his rookie year, he went unnoticed before that moment and was able to quietly rack up a solid campaign in which he can build on.

Weaknesses for This Year

Going into this year the team will be without running back Mark Ingram for the first three weeks. Of course with the way Kamara played last year, there shouldn’t be a noticeable drop-off.

While Kamara was the headline all last season, Ingram has managed to put together some consistent years for the Saints. In each of his last two seasons, he has broken the 1,000 yard mark, with last year being his career high with 1,124 rushing yards. Ingram also managed to have a career high in rushing touchdowns last season with 12. So, while Kamera did dominate on the field, a lot of it was also due to Ingram’s ability to keep the defense on their toes consistently through the game. Together the running back tandem the Saints have could be unstoppable for years to come.

Outside of the Ingram suspension, one of the teams biggest weaknesses going into the season is at tight end. While Josh Hill has gotten them by for a few years now, it is lacking when it comes to difference makers. Benjamin Watson was brought in to add depth but he is aging and likely only a complement to Hill.

After giving up next years first round pick and trading up in the 2018 NFL draft, New Orleans selected EDGE Marcus Davenport 14th overall. While this is a really risky move they were able to address a big need for both the immediate future. While Davenport may not get all the reps as a true starter off the edge in year one he will be the guy going forward for the future. Coming out of UTSA the Saints drafted him knowing there will be a learning curve. If they can get decent play out of him to complement Cameron Jordan then the team takes a big jump forward on the defensive side.

Possible one of the most underrated moves of the offseason, the Saints added linebacker Demario Davis this offseason. He may not be the biggest name but has proved that he can be a reliable outside linebacker for a team. With the Jets last season, Davis compiled 97 tackles, five sacks, and one fumble.

Perhaps one of the biggest losses the team had this offseason was offensive tackle Zach Strief retiring. Strief was the team’s starting right tackle since 2011 but he struggled with injuries a lot of his career. After only playing two games and being placed on injured reserve for the 2017 season, Strief decided it was time for him to hang up his cleats.

After winning the division last year, the team has a legitimate chance to repeat this upcoming season. Of course, much of it depends on if Brees, Kamara, and Lattimore can continue to play at the high level they have been playing at. If so, then the team could make a deep run for a championship. Of course along the way they have some tough division games to play.