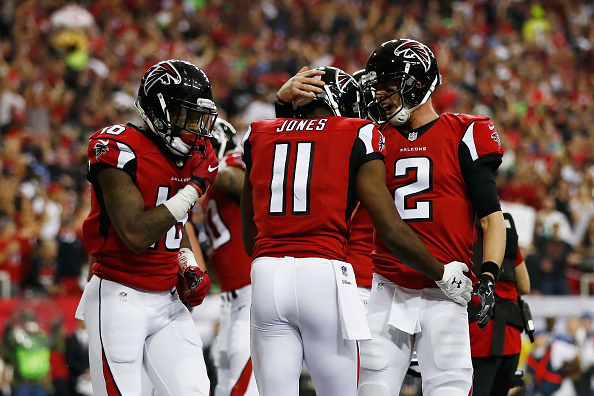 Last year there was only one NFC team that was in the playoffs who also were in the 2016 playoffs. That team you ask? Why it was the Atlanta Falcons. This points to how random the league is and how tough it is to be consistent in the NFC. Can the Falcons make it three years in a row?

After going 10-6 during the regular season last year, the Falcons found themselves in another postseason. While they did not make it to the Super Bowl again, they did show sparks of the elite offense we saw in 2016.

Last season the Falcons brought in Steve Sarkisian as their new offensive coordinator. Throughout the season many fans were calling for the Falcons to fire him. While this was very premature, they did have some points.

The offense was not close to how effective it was in 2016 but it got much better as the season progressed. By the time they reached the playoffs, the Falcons’ offense looked to be hitting their stride and showed glimpses of the team we saw in 2016.

Overall, it is hard to say last year was anything but successful. The team showed that they had the depth and star power to make a deep push into the playoffs consistently. While last season did not end how many would have preferred, Atlanta still made it to the divisional round of the playoffs.

As previously stated, the Falcons have one of the deepest rosters in the league. The team fails to have many holes on the roster, and they are also loaded with depth at some positions.

One of those positions is the wide receiver spot. After letting wide receiver Taylor Gabriel go in free agency, a third receiver became a position of need for the Falcons. It didn’t take long for them to address this need though. In the first round of the 2018 NFL draft, the Falcons selected Alabama wide receiver, Calvin Ridley. Going into the draft, Ridley was many analysts’ top wideout, including me. Ridley offers a great combination of route running, football IQ, and versatility that spoke volumes to the Falcons. Entering the season, Ridley is currently projected as the teams third wide receiver and should see the majority of the snaps out of the slot.

An underrated but smart move the Falcons made this offseason was to move pass rusher, Vic Beasley, back to defensive end. Last season, Beasley was the team’s outside linebacker but served primarily as a pass rusher. From his new spot, it will allow him to play primarily off the edge in either a two or three point stance. With this move, it also freed up a spot on the team’s linebacking corps for second-year player Duke Riley. The Falcons drafted Riley in the third round of the 2017 NFL draft. As a rookie, Riley did not see the field much but reportedly impressed the coaching staff in practices and training camp this year.

While the Falcons do have one of the best rosters in the NFL, no roster is without holes somewhere. The same can be said for Atlanta. One of the biggest weaknesses on the team’s roster lies at the defensive tackle position. While the team did draft Deadrin Senat in the third round of the 2018 NFL draft, it is unclear how productive he can be in his rookie season. The good news is that from all reports coming out of training camp, Senat is looking good and making a real push to be a full-time starter.

While Senat has looked promising he currently has a few players ahead of him pushing for serious playing time. Defensive tackles Grady Jarrett, Jack Crawford, and Terrell McClain are all players who could see significant snaps for the team this season. Of that bunch, Jarrett is the only one who is a lock to be a starter for the team. Outside of Jarrett though, no one else looks to be prominent enough at the moment to lock down the other defensive tackle spot. That leaves a weakness for Atlanta this year.

This offseason the Falcons handed out a plethora of contract extensions to some of the teams top players. Quarterback Matt Ryan received a five-year contract extension. The deal made the star quarterback the first player ever to receive $30 million per year. The Falcons also handed out a lofty five-year $72.5 million contract to LT Jake Matthews. But they weren’t done there. They continued to lock up their star players by revising Julio Jones contract to increase his base salary for this year. Jones was not happy with his contract situation going into training camp. He and the team were finally able to come to terms on a contract revision that nets $2.9 million more for the wide receiver this season. Finally, the team extended safety Ricardo Allen to a three-year $19.5 contract.

While none of these are new additions to the Falcons, they all provide valuable contributions to the team. With all of these new contracts handed out the team will now have their core players locked up for the future while trying to extend their Super Bowl window.

This offseason was a slow one for the Falcons, at least in terms of losing key players. Outside of Dontari Poe and Taylor Gabriel, the team didn’t really lose anybody. And of course, they eventually replaced both those players later in the offseason.

Perhaps the biggest offseason loss the team has had in a while, Poe was a monster in the middle for the Falcons. The 346-pound defensive tackle played in Atlanta for only a year but during that time was able to accumulate 2.5 sacks and 23 tackles. While that doesn’t seem like big numbers Poe showed he was as a dominant run stuffer when you watched him play.

Anything can happen in Atlanta. However, the Falcons have shown that even when the league is up and down, they have been a consistent team. They made the playoffs the past two seasons, reaching the divisional last year and the Super Bowl the year before. The Falcons show no sign of regression and I expect them to be right back there this upcoming season competing for a title.

On paper the team has the talent to go very far, it will just come down to how well the offense will perform under Sarkisian in his second year. I can see the team going 11-5 this season with the ability to make a deep run into the playoffs.