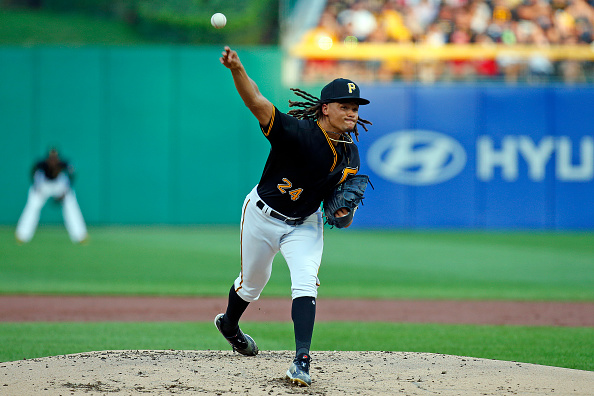 The Pittsburgh Pirates made waves at the trade deadline by acquiring two big-name pitchers, so how has it gone so far? The Pirates’ notoriously fickle front office decided to surprise fans at the MLB trade deadline by acquiring former Texas Rangers relief pitcher Keone Kela and former Tampa Bay Rays starter Chris Archer. Both names rang well in the ears of the Pittsburgh faithful, but the fans wanted top-tier work to match the expectations of the names alone. With the Pirates fighting to get back into the playoff picture, Archer and Kela are under a microscope.

Both Archer and Kela made their Pirates debuts in the first of a three-game series against the division rival St. Louis Cardinals. Archer immediately made Pirates followers hold their breath after Matt Carpenter took the pitcher’s third pitch into the right-center field bleachers on a 406-foot long ball, and the scariness didn’t stop there. Archer got out of the inning unscathed otherwise but gave up another run in the second after a double by Yairo Munoz. After retiring Cardinals pitcher John Gant and intentionally walking Carpenter, Archer found himself with his back against the wall and ducks on the pond.

The strikeout artist responded by sending both Yadier Molina and Paul DeJong back to the dugout with sliders away to end the inning. Archer finished the game with 4.1 innings pitched with 3 ERs and 6 Ks. It wasn’t the outing Pirates fans were hoping for, but it respectably showed both the strengths and weaknesses of Archer’s gas and limited pitch types.

Carpenter created more problems for Kela when the former Ranger entered the game in the 7th inning. Carpenter reached on a ground-rule double with one out, and Paul DeJong’s single to right sent Carpenter home, but a good throw by outfielder Gregory Polanco stopped the run from scoring.

Since the raucous start, Kela and Archer both settled in. Kela has appeared twice since his debut and has yet to give up a run in the black and gold, and Archer’s second start on August 8th against the Colorado Rockies saw him go 5 innings with 2 ER allowed. The Pirates dropped four of six games after the deadline, seemingly putting an end to their miraculous hot streak, but after taking a three-game series against the Rockies and seeing stronger outings from both Archer and Kela, the mid-season acquisitions appear to be getting into a better groove.

Archer is under team control until 2022, with Kela being controlled until 2021. The Pirates’ continued focus on future strength most definitely played a key role into nabbing both players, and a few appearances cannot exemplify the long-term returns the Pirates hope to receive from these two talented players. In the meantime, it looks like the Pirates did not receive two game-changers, but Archer and Kela could bode well enough for the Pirates to make a play for an NL Wild Card spot by the end of the season and much more down the line. Archer is scheduled to make his next start on August 14 in Minnesota against the 53-62 Twins.