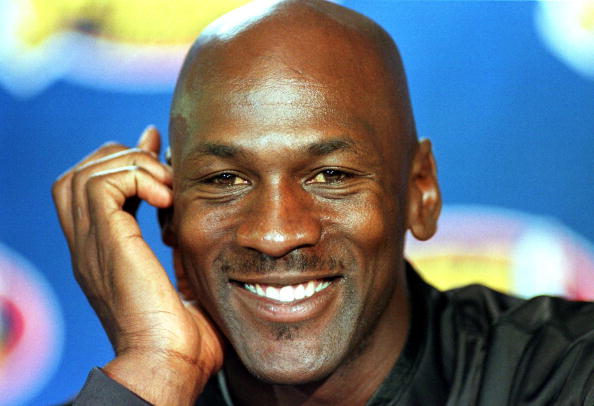 Basketball is so much more than just entertainment. There’s a massive business behind the scenes. For most spectators going to a game, they think they’re going to marvel over a player’s athleticism, they don’t realize that in reality, they’re watching a live commercial. For shoe companies, these athletes are a prime spotlight for their product. The NBA is a direct marketing opportunity for shoe companies that generate billions of dollars annually and fight tooth and nail for the NBA’s big-time player endorsements. So, how big is the sneaker industry in the NBA, and how has it changed throughout time?

What are Shoe Deals?

First, let’s review how a shoe deal works and the different kinds of deals there are. There are four different kinds of deals and every player in the NBA has one of them. The first, most common and basic is a merchandise deal, where the player is provided with merchandise from a specific company and are to wear them on and off the court.  The second kind of deal is a cash deal. A cash deal is basically a merchandise deal but with, obviously, cash attached: they will give you the product and pay you to wear it. This usually ranges from $200,000-$250,000 per season, creating more competitive negotiations as players seek the highest dollar. The third deal is harder to get, only the popular players in the NBA can obtain it. This is a player-exclusive shoe deal that gives a player their own logo on a team-colored shoe. Many big talents in the NBA have this player-exclusive shoe deal and are commonly seen during games. The last and final deal is the rarest of them all, in fact, only 18 players in the league have this deal. This is a signature shoe deal where the player creates and customizes his own shoe. These deals can sometimes be valued at hundreds of millions of dollars. Players with such deals include LeBron James with Nike, Russell Westbrook with Jordan Brand, James Harden with Adidas, and Lonzo Ball with Big Baller Brand.

How Does Today’s Industry Compare to the Past’s?

Today’s basketball sneakers are so much more different than the shoes of the past. Back in the 1960’s, the shoes to wear were canvas Converse. The biggest talents of the day like, Bill Russell, Wilt Chamberlain, and Jerry West all sported a pair of Chuck Taylors. Choices were slim, and the players chose that, thus propelling Chuck Taylor in the global market. In the 1970’s, we saw the first ever player-endorsing deal with Kareem Abdul Jabbar and Adidas in 1971, starting a trend that lasts today.  Though this deal was made, Puma came to prominence with its Puma Clyde. Sported by Knicks legend, Clyde Frazier, Puma rose to the most popular of the shoes over Nike and Adidas at the time. In the 1980’s Nike rose to prominence with a new cushioned, bulkier type of shoe with the help of newborn star, Michael Jordan. The Air Jordan 1 was born in the 80’s and is still among the most popular sneakers to this day. The 1990’s saw the birth of flashy and more stylish shoes. With athletes like Michael Jordan, Scottie Pippen, and Dennis Rodman donning a pair of Nikes, the company led the basketball shoe world. The 2000’s came and Nike was still dominating the NBA. Science was now being put into shoes for better performance and agility during play. With the new and amazing “Hyperdunks”, Nike gained the likes of LeBron James and their shoes were on full display at the Olympics with the impeccable Redeem Team. So, between then and today, just a couple of decades have caused sneakers to evolve into a massive brand, and times have changed and so have companies. Either way, shoes still have a tight grip on the league, thirsting to get their product on the court.

What are the Numbers?

Money makes the world go around and shoe companies give a good push. 2018 has been a very interesting year for endorsements, however. Nike created a new milestone in endorsements because this past season was the first time when they had their jerseys on the basketball court. The company took a uniform endorsement to a whole new level, signing an eight-year $1 billion deal with the NBA in June of 2015. The previous partner of the league, Adidas, signed an eight-year deal back in 2006 worth $400 million. Now with the world famous Swoosh on jerseys, and a $1 billion lifetime deal with the biggest basketball player in the world, LeBron James,  Nike has the biggest presence in the league. Other companies have made strides in the NBA though, most notably, Adidas, Under Armour, and Puma. Adidas, though most valuable in the NHL, has partnered with James Harden and is ranked the second most worn shoes in the NBA behind Nike. Under Armour with its biggest asset, Stephen Curry, is ranked fourth behind Jordan Brand despite Curry’s sales dipping in recent years. Puma is almost invisible in the NBA, but it appears that they are making a push in basketball again. They recently signed highly anticipated rookies that include, first rounds picks, Deandre Ayton, Marvin Bagley III, and Michael Porter Jr. Though unexpected, Puma’s new assets may show a bright light in their future of basketball apparel.

With basketball comes sneakers, and the game wouldn’t be the same without their big business. With players making more money off of sneakers than they do actually playing basketball, it’s easy to say that a sneaker deal is among the most lucrative of deals in athletics. With good basketball players comes even greater marketing, and by taking a deeper look into the business behind basketball, it may just be more entertaining than the game itself.