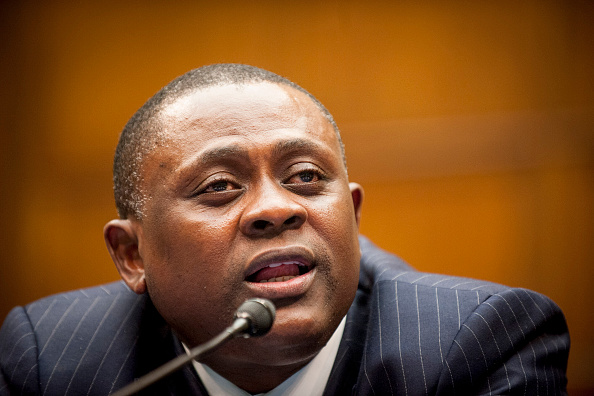 Concussions are a risk in any sport, some more than others. All professional sports governing authorities have established concussion protocols including criteria that must be met in order to return to participation. The protocols are similar, but they do have several unique tweaks specific to that league. This article will review the concussion protocols and the return to play criteria adopted by MLB, NBA, and the NFL.

The NBA instituted a concussion protocol in 2011 and it has continued to evolve since that time. Currently, a player who is felt to have suffered a concussion is not allowed to return to the playing floor the day of the injury or the day after. Once the player is free of any concussion symptoms, he must pass the rigorous return to participation protocol and the return must be approved by the league’s Director of Concussion Program. The NBA protocol has been under fire recently and is being reviewed during the offseason to make it more transparent and attempt to eliminate fan perceived subjectivity of the current policy. Plans to take the decisions out of the hands of team evaluators and place them into independent neurologic experts are being considered and the league plans to unveil their revised policy before the start of the 2018-2019 season.

The NFL protocol begins even before an injury occurs. When players undergo their initial yearly physical or when they join a new team, they undergo a standardized series of neurologic tests to evaluate memory, coordination, and balance. The results of these neurologic tests constitute their baseline score which is used if the athlete is diagnosed with or suspected of suffering a concussion during practice or game situations.

During practices and games, an independent spotter is used to watch the field of play and watch for potential events or behaviors that could indicate a player has sustained a head injury. It is the spotter’s job to notify the head referee or team designee at practice, so play can be stopped and the affected player can be safely and quickly removed from the playing field for further evaluation. Initially, a player is taken to one of the new blue privacy tents and undergoes a sideline evaluation to determine if the contact was head related or if some other body part was involved. If the Independent Neurologic Consultant (INC) determines that the player has not sustained a head injury they can return to the game or practice. It should be noted, that given the current attempts to decrease the number of head injuries and the likelihood of symptoms not appearing immediately after the injury, that most INCs err on the side of caution and remove the player from participation and begin the evaluation process. If this occurs, the player is taken directly to the locker room and placed into the concussion protocol.

Once in the concussion protocol, the player has to go through a series of steps to return to the practice and playing field. Each head injury is unique and there is no set timetable for an athlete’s return. Some players are able to progress thru the protocol fairly quickly and others take considerably longer. Previous head injury history and severity of the current injury all play a role in how long it takes a player to progress thru the protocol.

Step 1 – Rest and Recovery – The player is prescribed rest, limiting or, if necessary, avoiding activities (both physical and cognitive) which increase or aggravate symptoms until his signs and symptoms and neurologic examination, including cognitive and balance tests, return to baseline status. During this step, the player-patient may engage in limited stretching and balance activity as tolerated at the discretion of the medical staff.  Usually, the player is instructed to avoid bright lights, loud noises, and activities that increase levels of exhaustion. The player is evaluated daily and is instructed to notify team medical staff of any additional symptoms or signs that occur so they can be evaluated as soon as possible. Should additional issues present themselves, the team physician should consider external consultation or additional diagnostic examinations and imaging studies. The players neuro-cognitive functioning is evaluated and compared to the baseline scores obtained at the initial physical. Once they have returned to baseline, the player can move on to step 2.

Step 2 – Light Aerobic Exercise –  Under the supervision of the team’s physician the player begins an aerobic exercise program which gradually increases in intensity as long as there is no recurrence of concussion symptoms both during the activity or during the post-exercise recovery period. During this period, the player can also attend team meetings and watch film provided these activities do not exacerbate the symptoms. Once the player has shown they are able to perform the cardiovascular exercise without problems they can progress to Step 3.

Step 3 – Continues Aerobic Exercise and Introduction Strength Training – Cardiovascular exercise continues and supervised strength training is begun and are gradually increased in intensity. Neuro-cognitive testing may be administered to continue to evaluate recovery and provided the player has remained at baseline they can proceed to step 4.

Step 4 – Non-contact Football Specific Activities – The player continues cardiovascular conditioning, strength, and balance training and begins to participate in non-contact football activities such as throwing, catching, running and other position-specific activities. During this step, all activities are totally non-contact. No contact with other players or any practice equipment like tackling sleds or pylons. If the player is able to participate in all football specific activities related to their position on the field without a recurrence of signs or symptoms of concussion and his neuro-cognitive testing has remained at or better than baseline, he may proceed to the final step of the process.

Once cleared by team personnel. the player must be examined by the INC assigned to his team. The INC must be provided a copy of all relevant medical reports and tests, including the player neuro-cognitive tests both baseline and post injury and the interpretations of these tests. If the player had any X-rays, CT Scans, or MRI’s done in relation to the concussion evaluation and treatment these also need to be made available to the INC. If the INC confirms the team physician’s conclusion that the player’s concussion has resolved, the player is considered cleared and may participate in his team’s next game or practice without any restrictions.

Some players proceed through these steps quickly and some take longer. The amount of time it takes a player to go through the steps is not related to the severity of the concussion, but rather to the player’s body to effectively heal itself from the injury.  Players with previous concussive injuries may take longer to heal and in some cases, if the recovery period is delayed, a team may decide to place the player on IR to free up a roster spot.

In conclusion, while these 3 protocols are similar, the NFL one is the most detailed which is probably related to the risk of head injury in football versus the other sports. Concussion evaluation and treatment is changing every day as more data and research occurs and these protocols are truly a work in progress. I suspect when the new NBA protocol is released later this summer it will be more detailed than the current policy.