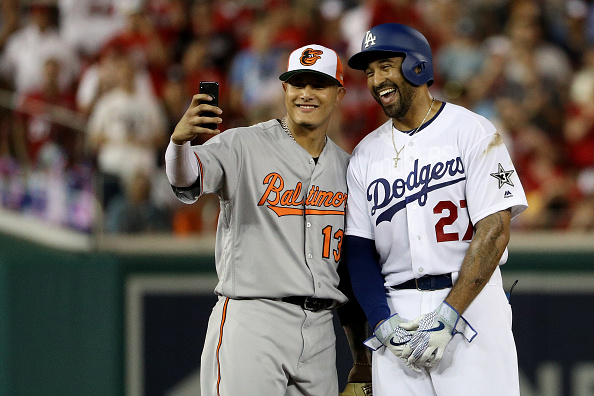 The deal is done and Manny Machado is going west and is now going to be playing for the Los Angeles Dodgers. Everyone in the baseball world knew that Machado would be traded and there were rumors that he would be joining the Phillies, Braves, and even the Yankees. But in the end, the Dodgers won the Manny Machado Sweepstakes.

The Dodgers are hoping Machado will bolster their offense for another deep playoff run, replacing their hole at shortstop after Corey Seager went down for the season with a UCL sprain earlier in the year. Now with one more major piece in their offensive arsenal, the Dodgers, already a half-game ahead of the Arizona Diamondbacks for the NL West division lead, look primed to make another run at a title after losing to the Houston Astros in the World Series last year. In return for Machado, the Orioles got back a haul of prospects, five in total. They received the Dodgers number 4, 27, and 28 overall prospects. It’ll be interesting to see if, in the long run, the Dodgers can keep Machado and make him a long-term player, or if they gave up a number out of their top 30 prospects for a 66 game rental.

Yusniel Diaz
Diaz, who is 21 years old has spent his entire 2018 Season with Double-A Tulsa Drillers. In 59 games Diaz is batting .314/.428/.477/.905 with six home runs and 30 RBI’s. Defensively Diaz has a .921 fielding percentage while playing in 28 games in right field. Diaz was the Dodgers number 4 prospect, and the 84th overall prospect, according to MLB.com. Diaz, who showcased his “lacking” power in the Futures Game last Sunday, belted two home runs.

Dean Kremer
Kremer, who is a 22-year-old pitcher, has split his time this season between High-A Rancho Cucamonga and Double-A Tulsa. Between the two stops, Kremer has a 6-3 record with a 3.03 ERA. In the 86 innings that he has pitched, Kremer has struck out 125 batters while only walking 29.

Zach Pop
Pop, who is a 21-year-old pitcher, has split his time this season between High-A Rancho Cucamonga and Single-A Great Lakes. Between his two stops, Pop is 1-2 with a 1.02 ERA. Pop has pitched 43.1 innings and has 47 strikeouts and 23 walks.

Breyvic Valera
Valera is a 26-year-old outfielder who has split time this season between the Major Leagues and the Dodgers Triple-A affiliate Oklahoma City. In his short time in the Majors, only 20 games, Valera has batted .172/.273/.172/.445 with no home runs and only four RBIs. While playing in 56 games for Oklahoma City this season, Valera is batting .284/.350/.433/.783 with six home runs and 25 RBIs.

Everybody who is a baseball fan knew that the Orioles were going to be asking for the world in order to get a trade done for Machado, and the Dodgers had what it took to get the job done. With the number of players that the Dodgers had who were eligible for the Rule 5 Draft this winter, they needed to do something with these prospects instead of losing them for nothing. This deal could be great for both sides, especially if the headliner, Diaz, can continue his progress and be a force in the Major Leagues.