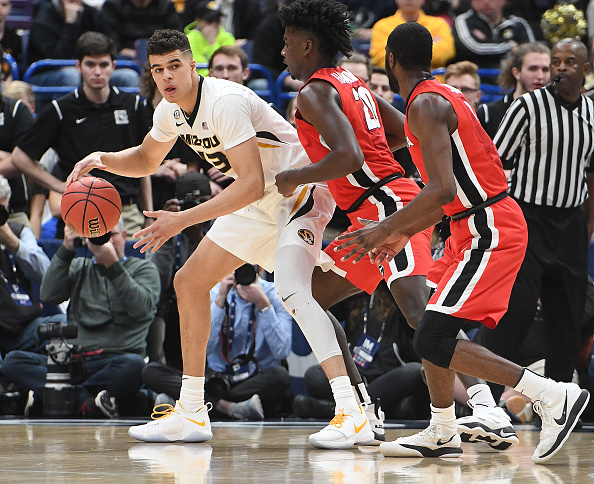 The one-and-done rule has been brought back into the center of discussion and debate after the commissioner, Adam Silver, spoke on removing it on July 13th. Implemented in 2006 by then-commissioner, David Stern, the one-and-done rule is a mandate that controls NBA eligibility. The rule states that the player must be 19 years of age or one year removed from high school. Originally, the rule was made to increase fan interest in NCAA collegiate basketball, and it worked as fans were able to see stars and future NBA players like Derrick Rose and Greg Oden before they got to the league. Though the rule did explode college basketball into a money-making machine, it was clear that it was gradually hurting the NBA and its future players. This begs the question. How will removing the one-and-done rule change basketball?

The NCAA has the most to lose if the rule was repealed by obviously losing their front page, top dollar, marketable players.  The organization was losing possible money and fan interest because superstar players were so good, they would skip the college level. Losing players like LeBron James, Kevin Garnett, and Kobe Bryant to the NBA Draft would mean year after year, the NCAA would be losing money they could have been capitalizing on if the players went into one of its elite athletic programs at a university. What better way to fix this? Give the players little to no option to enter college. The rule states that the player must be 19 years old or one year removed from high school, so they are left with three options: Enter the G-League, enter the complex business of international professional basketball, go to college. With the majority of players going with the easier and more efficient option with college, teams like Duke, Kentucky, and North Carolina have turned to super teams filled with NBA talent, essentially using college athletics as a stepping stone to the pros. With the NCAA’s annual March Madness basketball tournament being valued at an estimated $10.4 billion, it’s safe to say it’s benefited the most by keeping back possible NBA talent. Similar to college basketball we watched in the 1990’s and early 2000’s, if the rule is repealed, players will return for a couple years, their development obvious as they come back more mature and NBA ready. Teams at the college level will see players staying for a couple years, a rarity today, as they build up and mature with the team over time. The most notable of these players being Shaquille O’Neal at LSU and Tim Duncan at Wake Forest. Both will forever be immortalized as college basketball legends. With the rule gone, college basketball may lack the primetime talent the one-and-done players brought, but teams will become more structured as players return to build off their previous seasons. Elite teams will once again have veteran leadership instead of a roster full of freshman, something that is vital in creating mature, NBA ready talent.

With the rule gone, players will be eligible to enter the NBA draft out of high school. This gives players an entire year of NBA experience before they could have been eligible. It sounds unrealistic to see a high school player going right into the league today, but every year there’s a handful of high school graduates who are already dominating the college level. Recently drafted players like  Michael Porter Jr, Marvin BagleyIII, and Deandre Ayton are examples of players who could’ve possibly made the jump from high school to the league. All of the players’ high school highlights garnered millions of views. Porter and Ayton were ranked first and third in their class respectively. Bagley reclassified and become ranked first in the nation as well. Michael Porter Jr scored an absolutely ridiculous 37 ppg in his senior year of high school. In comparison, LeBron James scored 30.4 ppg in his senior year. It can be argued that Porter didn’t play in the most competitive league, but Ayton and Bagley did and they scored 21 ppg and 24.6 ppg respectively. All with NBA size, it would not have been far-fetched of them to make the jump to the league if the rule had not been enforced. They most likely would not be a top pick in the draft, but definitely NBA material. Michael Porter Jr is a great example of a victim of the risks one-and-done creates for players. After his senior season, he was ranked first in the country and committed to play at the University of Missouri. He soon had a back injury and barely even played for the Tigers, and this injury rendered him a risky pick and fell down the first round in the draft with the 14th pick by the Nuggets. Had the rule not been in place, would the injury have ever happened? Where could Porter have been drafted instead?  The repeal of the one-and-done rule would mean players have less of a risk to be injured before they are even eligible for the draft, entering more healthy and athletic young players.

Now the repeal of the rule, if passed, wouldn’t go into effect until 2020 at the earliest. Speculation around whether having it removed entirely or making players stay in college longer has arisen. Whatever the case may be, Adam Silver has definitely sparked an international debate again over the rule.