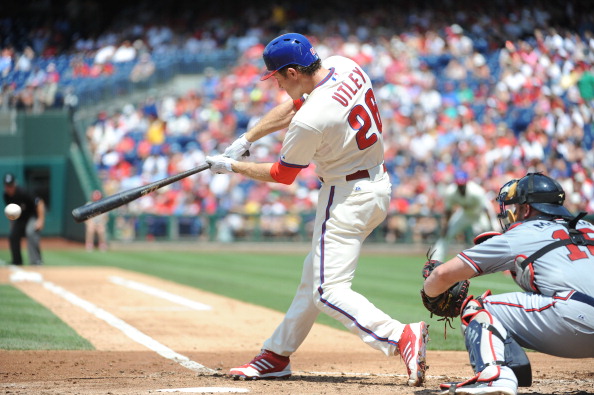 Chase Utley announced he would retire at the end of this season. Whenever a player is at the end of his career, we look back and appreciate the moments he gave us, discuss his legacy, and inevitably, for someone who has been a very good player, we ask the question: Is he a Hall of Famer?

Chase Utley was actually drafted by the Los Angeles Dodgers in the second round of the 1997 draft. He did not sign and went to the University of California. He was eventually drafted in the first round (15th overall) by the Philadelphia Phillies in 2000. While he didn’t become the regular second baseman for the Phillies until 2005, he immediately made his mark and established himself as arguably the best second basemen in baseball.

The Argument for the HOF

His peak was great. JAWS has him at a score of 57.4 compared to the average HOF second baseman at 57.0. Let’s compare him now to other players at his position who are already in the hall:

The Argument Against the HOF

He doesn’t have many of the counting stats and accolades that come with being a HOFer. He doesn’t even have 2,000 hits. He never won a Gold Glove. He never finished in the top 5 in MVP voting even while his teammates won MVP awards. While his overall ratio stats may be good enough, his peak was great and may not be enough to discount the somewhat average past eight seasons of his career. While previously mentioned players are in, guys like Jeff Kent and Lou Whitaker aren’t and they have fWARs of 56.1 and 68.1 respectively. So while there is a precedent for Utley to get in, it may not be so easy.

While Utley is certainly a deserving candidate for the HOF, he will most likely at least have to wait. Alomar was in on his second ballot, and Biggio and Sandberg waited until their third. Utley may wait longer as his peak was great but he didn’t have the accolades or the total counting stats like Biggio. He should get in eventually and a lot will depend on how deep the ballot is. Many players have suffered because of a packed ballot of guys more deserving. If Utley can be seriously looked at without the ballot conflict and with discerning eyes then he should make it in before his time is up.