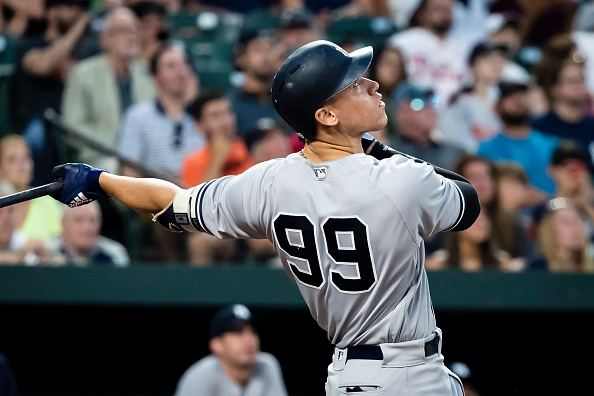 The All-Star game marks the halfway point in the MLB season, even though all teams have played over half of their games. I want to take a look at the first half of the 2018 season and hand out my first half awards.

Chris Sale gets my vote at the halfway point of the season for American League Cy Young award. So far this season, Sale is 10-4 with a 2.23 ERA. Sale has pitched 129 innings and has struck out 188 batters while only walking 31.

Max Scherzer gets my vote at the halfway point of the season for the National League Cy Young award. So far this season, Scherzer is 12-5 with a 2.41 ERA. Scherzer has pitched 134.2 innings and has struck out 184 while only walking 34.

The American League MVP isn’t even a fair competition as long as Mike Trout is healthy, and he is getting my vote again this year for MVP. This season Trout has played in 97 games and is batting .310/.454/.606/.1.060 along with 25 home runs. Trout is also bolstering a bWAR of 6.9.

The National League MVP isn’t as easy of a choice as the American League, but my vote is going to Jesus Aguilar of the Milwaukee Brewers. Aguilar is on a tear this year playing in 87 games and batting .298/.373/.621/.995 while also hitting 24 home runs. Aguilar also has a bWAR of 2.9 which seems low compared to the numbers that he is putting up.

Summary
So there you have it, those are my midseason projections. I can’t wait to see what the second half of the baseball season has in store for us, but if it’s anything like the first half of the season, we are in for an exciting finish!

Don’t forget, as always, follow me on Twitter @HandzelSports for the most recent MLB and MiLB news and notes!