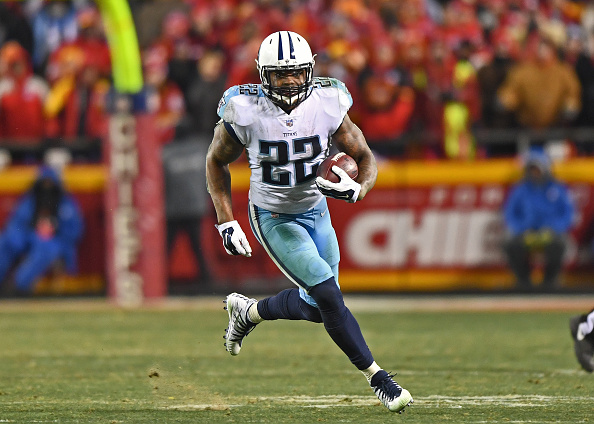 The 2018 offseason saw the Tennessee Titans say goodbye to former All-Pro running back DeMarco Murray. Over the past two seasons, the now-retired Murray had split time with former Alabama Crimson Tide star running back Derrick Henry. The two offered a versatile one-two punch for a young up-and-coming Titans offense. With the release of Murray, it was expected that Henry would assume the lead back duties for the Titans. However, shortly into free agency, the team from “Music City” signed former New England Patriots running back Dion Lewis to a 4-year $19.8 million contract. Titans offensive coordinator Matt LaFleur referred to Henry and Lewis as “1A and 1B” in the Titans backfield.

Since Henry entered the league in 2016, the Titans are 12-0 when he has at least 11 carries, but they are 7-13 when he has ten or less. Henry, during his time in the league, is number one with 6.09 yards per carry (YPC) in the 4th quarter. Even though he was in a timeshare situation with Murray last season, Henry was very efficient on the field. The 247 lb. power back led the team with 744 rushing yards and five touchdowns despite Murray having eight more carries (184). Also, let’s not forget that spectacular playoff performance against the Kansas City Chiefs in which he ran for 156 yards and a touchdown on 23 carries. Per playerprofiler.com Henry ranked in the top ten in yards created per carry (1.81) and second in YPC against a stacked front (12.8). Although Henry profiles as a big bruising back, the numbers just mentioned show a sneaky elusiveness uncommon to running backs of his size. If Henry has ambitions of being the bell-cow back for the Titans he needs to improve his effectiveness in the passing game as well as his blitz pickups. Should he do that, the sky is the limit for Henry and if you listen to former Titans great Eddie George, he certainly will agree with that assessment.

The first thing that comes to mind when many people think of Dion Lewis is the term “scatback”. However,  as the “1B” of this tandem, Lewis certainly brings multiple elements to the Titans offense. The prevailing thought here is that Lewis will be the third-down back and catch a lot of passes, and while that might be the case, Lewis is coming off by far his most productive rushing year in the NFL. After amassing just 113 carries over 14 games during the 2015 and 2016 seasons, Lewis carried the ball 180 times in 2017. He ran for 896 yards, averaged 5.0 YPC and scored six rushing touchdowns. Titans running backs coach Tony Dews sees Lewis as a smaller, more compact version of Henry, stating “physically we think of him as small because he is shorter than Derrick, but he also has a very strong, compact build with good balance”. Lewis caught 85 passes during his three years with the Patriots, but if he shows the ability to find the hole and break off big runs, he is certainly a threat to Derrick Henry’s productivity.

Quarterback Marcus Mariota has to be salivating thinking of the possibilities with this newly formed backfield. With Henry’s explosiveness and the ability of Lewis to make players miss, the sky is the limit for this offense. Expect Derrick Henry to be the lead back in a 65/35 split. Henry will crack 1000 yards and approach double-digit touchdowns. Look for Lewis to surpass his career high of 36 receptions in a single season, leading this pair to truly become Tennessee’s own “Thunder and Lightning”.