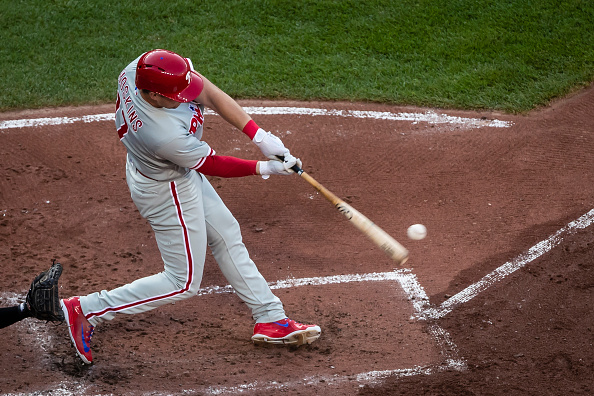 This Sunday, July 15th the world can watch the future stars of Major League Baseball before they actually become household names when the United States takes on the World for the annual Futures Game. I’m going to take a look back at last year’s Future Game to see who has made it and who is still progressing through the ranks of the Minor Leagues.

Out of the 50 players who showcased their talent during the 2017 Futures Game, 19 players are currently playing in the Majors. There were also a few who made their Major League debut last season but have not seen the playing time in the Majors yet this season, but we aren’t going to be focused on those players today.

A real standout from this game, who many people may not know because of the team that he plays for is Brian Anderson. Anderson is a right fielder and third baseman for the Miami Marlins. In 95 games this season Anderson is batting .285/.361/.417/.778 and has amassed a bWAR of 2.4. Anderson’s bWAR is second among all rookies, only behind Harrison Bader, who is at 2.5, and Anderson leads all rookies in runs, hits, doubles, and runs batted in. This is an amazing feat playing for the last-place Miami Marlins. Anderson is making a strong case for rookie of the year as well this season.

Another standout from the 2017 Futures Game is Philadelphia Phillies outfielder Rhys Hoskins. In 84 games this season, Hoskins is batting .252/.363/.460/.823 with 56 RBIs and 14 home runs. Hoskins already has more runs batted in than he did last season and is only four home runs away from matching his total of 2017. Hoskins exceeded the rookie limits in 2017 since he played in 50 games with the Phillies and Hoskins finished 5th in the rookie of the year voting behind Cody Bellinger, Josh Bell, Paul DeJong, and Kyle Freeland.

The name that most Major League Baseball fans have heard of before is Ronald Acuna Jr. Everyone knows that Acuna was held in Triple-A Gwinnett until the Atlanta Braves could earn an extra year of control. Acuna came up and proved that he was the real deal though. In 41 games this season Acuna is batting .261/.318/.460/.778 with 7 home runs and 19 RBIs. Acuna has also amassed a 0.6 WAR in his short time in the Major Leagues.

So when the 2018 Futures Game is played this Sunday at Nationals Park, just keep in mind that last season almost 40 percent of the players who were in the game are now playing for a Major League club. So when they say that you can see the future stars of the Major Leagues today, they aren’t wrong.

Be sure to follow me on Twitter @HandzelSports for the most up to day MLB and MiLB news and updates!