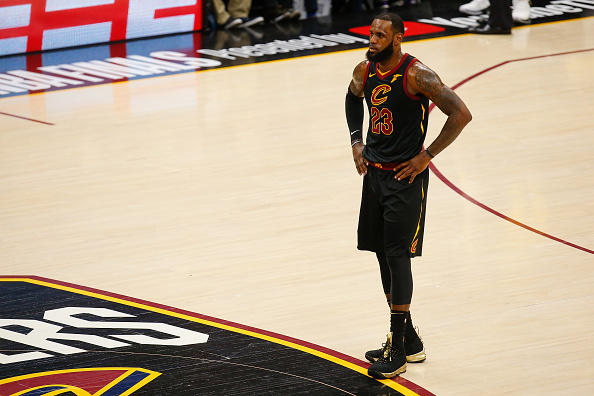 The 2018 NBA free agency period had it all; heroes, villains, and unlikely events. Now that things are slowing down, the wait for the 2018 NBA season to get underway will be rough. If you are a Los Angeles Lakers fan, you can’t wait to see LeBron James take the floor wearing the famed purple and gold uniform. Almost everyone who isn’t a Golden State Warriors fan hopes that the experiment with DeMarcus Cousins fails. The virtual landscape of the NBA is shifting; teams are preparing to emerge from the bottom of their conferences. They’ll look to position themselves into playoff contention as the season comes around.

The King Joins The Lake Show

One of the teams that stands in the way of LeBron James winning another championship is the Golden State Warriors. Kevin Durant signed a two-year 61 million dollar deal with the Warriors this summer. He’ll have a player option for the second year of this deal. The Warriors also signed former New Orleans Pelicans hopeful DeMarcus Cousins. Cousins inked a one-year 5.3 million dollar deal instantly making him an enemy of the state. Now, the Golden State Warriors have five total all-stars playing for their team. The target on the backs of the Warriors just got a little bit bigger for the 2018 season.

Another team that made big news during the free agency period is the Oklahoma City Thunder. The Thunder resigned former Indiana Pacer star Paul George to a four-year deal worth 137 million dollars. George staying in Oklahoma City is a big deal for the Thunder. OKC fans are looking to Paul George to fill the void left by the departure of Kevin Durant. However, with the Paul George signing comes another question. What do the Oklahoma City Thunder do with Carmelo Anthony? Anthony has opted into his player option of $27 million and is now working with the Thunder on a trade or a stretch buyout.

The Rockets and Other Free Agents

Of the teams interested in the services of Carmelo Anthony; the Houston Rockets seem to be the most likely destination for Anthony. The Houston Rockets will need Carmelo Anthony after losing key role players to free agency. Trevor Ariza signed with the Phoenix Suns, and Luc Mbah a Moute signed a one-year deal with the Los Angeles Clippers. The Rockets still have yet to re-sign Clint Capela who is a restricted free agent.

There are still plenty of names on the free agent board. Those names include Marcus Smart, Isaiah Thomas, Jabari Parker, Dwyane Wade, Michael Beasley, and more. The biggest thing to keep an eye on right now is if the Spurs will move Kawhi Leonard and where Carmelo Anthony will end up.