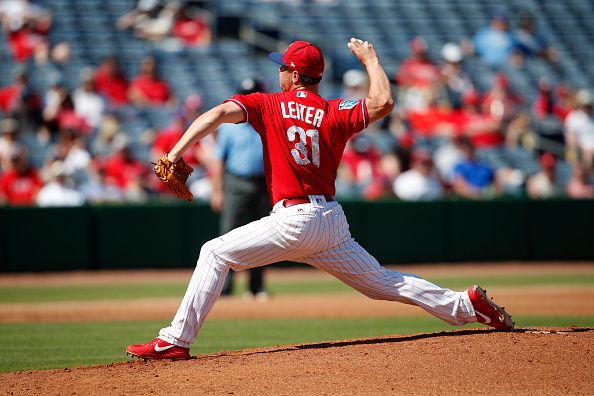 The call to the Majors is one of the most exciting times in a player’s career, right behind actually getting drafted. Not everyone that is called to the Major League is destined to be there, but even if a player is only up for a day, they are still a Major League Baseball player for the rest of their lives, and no one can take that away from them.

On June 30 there were a total of 11 call-ups. Both Jimmy Sherfy of the Diamondbacks, and Giovanny Gallegos of the Yankees, are players that have already been called up multiple times this season. Mark Leiter, a pitcher in the Philadelphia Phillies organization may sound familiar. Baseball fans most likely know the name because of his uncle, Al Leiter. His father, Mark Leiter also played 11 seasons in the Majors from 1990-2001.

July 1st saw seven call-ups. Dillon Maples is another pitcher who has been making the journey back and forth between the Iowa Cubs and the Chicago Cubs. This season Maples has a 16.88 ERA in 2 games. He has pitched 2.2 innings allowed 5 earned runs with a WHIP of 2.63.

Ten players got a phone call on July 2nd to join their Major League club. Another day, and another instance of multiple players being called up, not for the first time. Evan Phillips was promoted to Atlanta for the second time in 3 weeks. Phillips still has not made an appearance in the majors despite being called up twice. In Triple-A this season Phillips has posted a 4-4 record with a 2.09 ERA in 29 games while posting a WHIP of 1.06.

Zach Littell had an interesting day on Monday when he got promoted to the Major Leagues just to be sent down in the same day. In his relief appearance for the Twins, Littell walked a batter and ended up walking in the winning run in the loss to the Brewers.

Twelve phone calls were made just ahead of Independence Day for players to come up to the Major Leagues. Again, there were multiple players that were called up to the show, not to the first time in their careers. Yefry Ramirez made the trip again from Norfolk to Baltimore. While up in Baltimore Ramirez has appeared in two games, suffering the loss in one of those, posting a 2.51 ERA in 14.1 innings pitched. Ramirez has allowed four earned runs on eight hits while striking out 13 and walking only four.

Tim Federowicz has also been called up this week, not for the first time. He isn’t on the disabled list yet, but Federowicz was called up because Brian McCann may be headed to the list after getting hit earlier in the week. Federowicz has played in three games this season while batting .263/.300/.421 with a .721 OPS. For his career, which has totaled 122 games since 2011 Federowicz has posted a batting line that is suboptimal, hitting .200/.249/.314 with a .563OPS.

Eduardo Paredes has also made the trip multiple times this season, and this week he actually got called up and sent down in the same day without throwing a single pitch. So far this season with the Angles, Paredes has played in 13 games posting an abysmal 7.71 ERA in 16.1 innings pitched. Paredes has allowed 14 runs on 25 hits while striking out 13 and walking 6.

The Fourth of July is usually a day off for most professions, that is certainly not the case for baseball players, especially the 17 who were called up today.  Ryan Weber is the latest addition to the players to get the call to the Majors just to be sent back down in the same day. Weber at least got to participate in the game, going 5 innings after the Ray’s “opener” went two innings to start the game. Weber allowed two runs on four hits while striking out 1 and walking 1. Weber got credited with the loss before he got sent back to Triple-A Durham.

David Freitas got the call up to Seattle today, and you can see why when you look at his numbers. In 12 games down in Triple-A Tacoma Freitas is batting .395/.458/.488/.947 while only striking out four times.

Tyler Wade is another player made his MLB debut in a previous season (2017) but has spent most of his time down in the Minors. Wade has played a total of 44 games in the Majors and 588 games in the Minors. At Triple-A Scranton/Wilkes Barre this season Wade has played in 64 games batting .271/.332/.376/.708. In essence, the only reason Wade has made the trip up to the Bronx is due to the injury to Gleyber Torres.

On the last day of the week, we saw a player make his MLB debut. Kyle Tucker was called up for the first time in his career and made his Major League debut today! Tucker was tucked into the 7 spot in the lineup and started in left field. In his debut, Tucker went one for four with one walk and three strikeouts.

Alex McRae got called up to the majors for the first time in his career. He has yet to play in a Major League game yet though. So far this season in Triple-A Indianapolis, McRae has a 3-7 record with a 4.61 ERA in 84 innings pitched. In those 84 innings, he has also struck out 80 while walking 39.

So fans, that’s the call to the Majors for the week ending on July 7. Now go out there, get that hidden gem on your fantasy team, and dominate your league! Check my Twitter page @HandzelSports for the latest important Calls To The Majors! Full chart below: