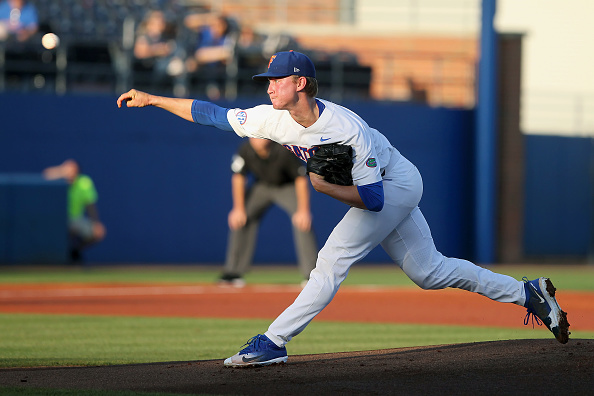 The Super Regionals are complete, and the finalists are set. Now, who will be taking home the College World Series Trophy this season?

The Super Regionals portion of the NCAA Division 1 Baseball Tournament is now over, and the teams that have survived are now headed to Omaha, Nebraska to fight for their chance to be crowned College World Series Champions. There are six #1 seeds that made the College World Series, including the #1 team in the nation, the Florida Gators, featuring Jonathan India, who was drafted with the fifth pick in this year’s draft by the Cincinnati Reds. The other teams include Texas Tech, Arkansas, Texas, North Carolina, and Oregon State who has Nick Madrigal drafted fourth overall by the Chicago White Sox. The other two teams that round out the 8 that have made it through to the College World Series are #2 seed Mississippi State, and #3 seed Washington.

In the Super Regionals, all but two match-ups went the full three games. First, the #1 team in the county, Florida, beat Auburn 2-1. Texas Tech eliminated Duke 2-1. Arkansas beat South Carolina 2-1. Texas beat Tennessee Tech 2-1. Washington eliminated Cal State 2-1. Finally, Mississippi defeated Vanderbilt 2-1. There were two more series with the winners being more rested. It will be interesting to see how they play out in the double-elimination play. North Carolina beat up on Stetson 2-0 and Oregon State beat Minnesota 2-0.

The two teams who swept their Super Regional games, however, are both in the same bracket, which makes it seem like it will be the easier of the two brackets. In bracket one there are only two teams ranked in the Top 25, which are #3 Oregon State, and #6 North Carolina. All four teams in bracket two are ranked with the likes of #1 Florida, #6 Arkansas, #9 Texas Tech, and #13 Texas.

Whereas Florida has been completely pushed this postseason so far, having to play the most games, they are no lock to run away with the College World Series trophy. So far they have been outscored 21-19 by their opponents.

The College World Series kicks off Saturday, June 16 at 3 pm EST when the two teams who swept their Super Regionals match-up. #3 Oregon State vs #6 North Carolina play on ESPN.